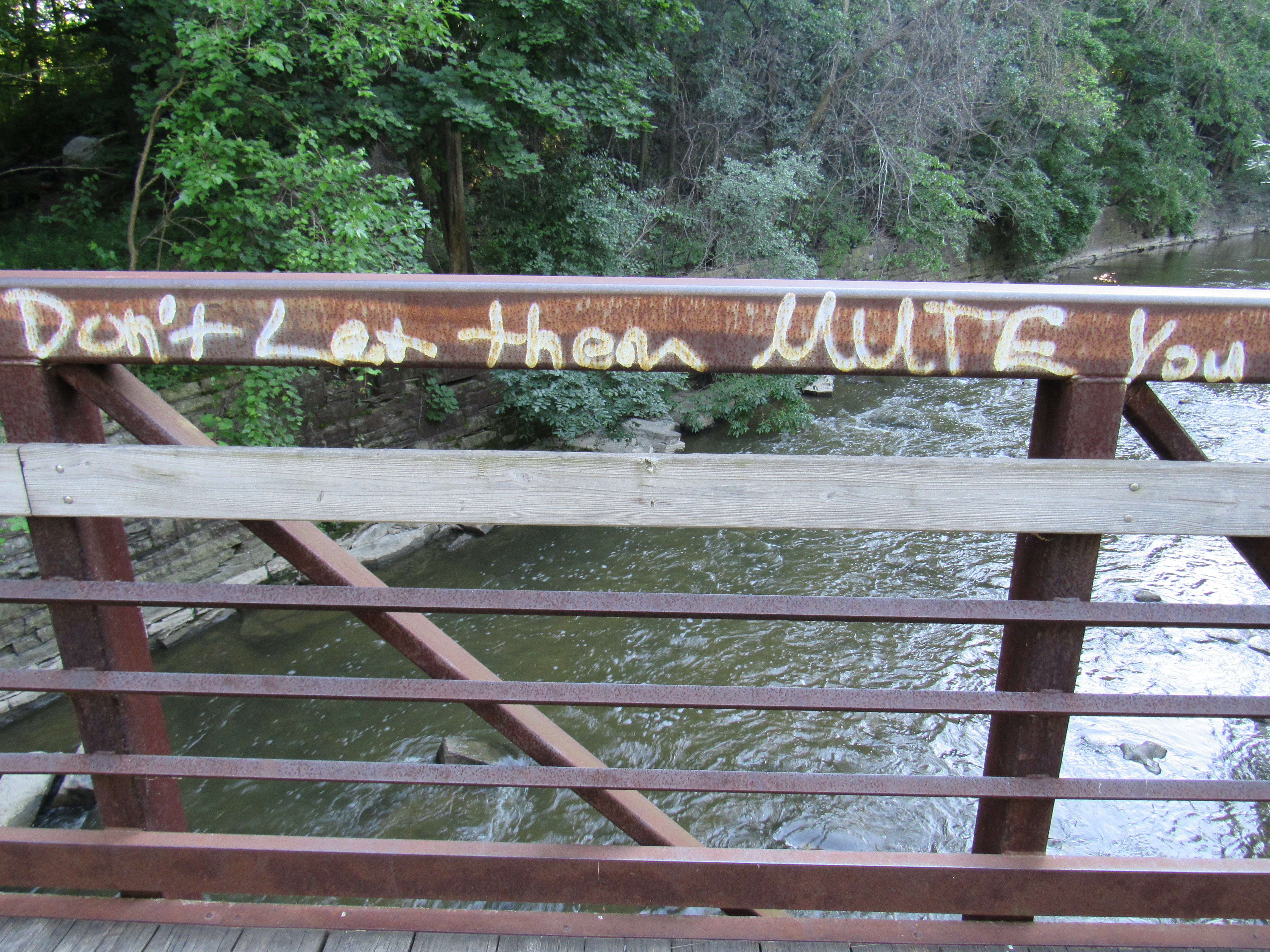 During a peaceful protest held on August 27th, the family of a man killed by an Wauwatosa (Tosa) officer made a bold move. Protesters distributed fliers with the shooters name, which hasn’t yet been officially released to the public. The  family also provided what they knew of that officer’s past, expressing their frustrations towards media coverage of the shooting. It was a demonstration of resolve and vigor in the push for answers in the Tosa killing.

Protests in the Milwaukee suburb have continued since the killing of Jay Anderson two months ago. The 25 year old fiancé was shot by a Wauwatosa officer on June 23d, at around 3am, while sleeping in his car. Tosa PD Chief Barry Weber claimed the officer saw a gun, feared for their safety, and fired at Anderson.

Interestingly, Weber admitted to reporters that he hadn’t spoken to the officer, and didn’t know why they were afraid. It took days for WPD to release the victim’s name, and they still haven’t identified the shooter. Very little context was given or has been since, and the Andersons were left wondering what transpired. As with last years Tosa shooting, the investigation was handled by Milwaukee police instead of the Department Of Justice.

After protesting at Mayfair mall several times, Jay’s parents were invited by the District Attorney to view 20 seconds of footage. It still isn’t clear exactly how the footage was captured, as the DA and Weber contradict one another. While Weber say’s he thought dash cam footage existed but a body cam didn’t, the DA said the footage wasn’t dash cam. Then again, WPD also claimed the Anderson’s requested the footage not go public despite them composing the main body of protests. However it was captured, the footage reportedly showed Jay getting shot in the head four times with his hands up.

The protest on the 27th was announced after that statement was made by Anderson’s family. It was held in Madison park, where Jay was killed two months earlier. Unlike earlier protests, garnering large police mobilizations, this smaller protest was largely unmonitored. Just one Tosa PD SUV was seen, oftentimes ominously parked off in the peripheral distance. Anderson’s family including fiancé Star Delarosa, parents Linda and Jay Anderson Sr., sisters and cousins marched with concerned residents. At it’s height it numbered between 20-30, peacefully protesting through the park and then down side streets.

During the march, protesters put fliers in mailboxes outing the officer by name and warning residents. “Wauwatosa”, it read, “there is a killer living in your community. Police officer Joseph Mensah has murdered two men in a year’s span.” The Anderson’s claim Mensah was also involved in last years shooting where a man brandished a sword at officers. Unlike the Anderson case, that killing earned a press conference complete with Chief Weber’s appearance.

Their flier goes onto say “Jay Anderson Jr. had his hands up” as Mensah “shot him in the head multiple times, killing him instantly.” According to the Anderson’s flier, Mensah “failed to follow protocol”. “Joseph Mensah has failed to protect and serve, instead he hunted and killed Jay Anderson Jr.” “Until he is off the force, the residents of Wauwatosa are in extreme danger.” The flier then asks residents to contact WPD and “demand that your children have a chance at life by removing Joseph Mensah from the Wauwatosa Police Department.” CopBlock contributors were filming at the protest, which is the only reason Mensah’s name is now known.

Jay’s mother Linda Anderson expressed frustration at the lack of response from WPD, haunting questions, and media coverage. She claimed Mensah “was in three police stations in five years”. “You killed a person last year, did you get therapy for that shooting? That’s why my son is dead.” The Anderson’s say after last year’s shooting, Mensah’s request for psychological help and disability were refused by WPD. He was then put back out patrolling, by himself, until he shot Jay Anderson.

Star Delarosa, mother of Jay’s children, said when they began protesting in Madison park, workers shared their own experiences about Mensah. He would reputedly harass park workers regularly, ask for identification, then say that they weren’t who was in the picture. Mayfair Mall employee’s also reputedly knew Mensah, who’d show up a few times a week and bother shoppers.

“On the statement it said ‘Joseph couldn’t get his audio on, he tried several times.’ Then why didn’t you wait on backup?” “Why did you go forward”, says Mrs. Anderson, “and wake my son up not once but twice, and kill my son? Why? That’s what I want to know. And I want his name out there, his name is Joseph Mensah! Nobody is putting his name out! I want his name out there! He’s a killer!” Linda Anderson said they’ve known the name since the second time they viewed the video. None of this has been reported by outlets, including the Milwaukee Journal Sentinel and others. Linda Anderson was at a loss as to why media outlets haven’t done more to report on her son’s death.

At the protest, the Anderson’s also said Jay did indeed have a legally owned gun in the car. “One thing I didn’t know”, says Tosa resident Darth Jennings, “is that you’re supposed to put your gun empty, on the seat”, in case a police officer comes by and you’re armed. “I didn’t know that”, she continues. “I thought ‘what are you doing with a gun out?’ And now I realize that he was even supposed to have it out”.

Darth also spoke to how some residents view Anderson’s family and other protesters. “People are talking about it as if Jay’s family is ‘those people’, not our neighbors. And they don’t want anything to do with it. They don’t want a protest coming through their neighborhood. They want to know how they can ‘prepare’ for the big protest. Or why they’re protesting at all. I wanted to come because I wanted to support the family and find out what happened. People shouldn’t be getting shot at 3 o’clock in the morning.”

CopBlock contributors have attempted to contact WPD to get confirmation that Joseph Mensah shot Jay Anderson. They declined to comment on the first try, then redirected contributors to a voicemail during a second. WPD also stated the usual sergeant that responds to CopBlock FOIA’s was on vacation. Tosa PD also denied earlier FOIA attempts for the shooters name and rank, and sent a formal denial upon request.

It was stated that since this is an ongoing investigation, the information would be withheld. Although WPD refuses to confirm Mensah was the shooter, his name did come up on a roster list of active officers requested by CopBlock. More protests are certainly to come until closure for Anderson’s family is had, and questions laid to rest.