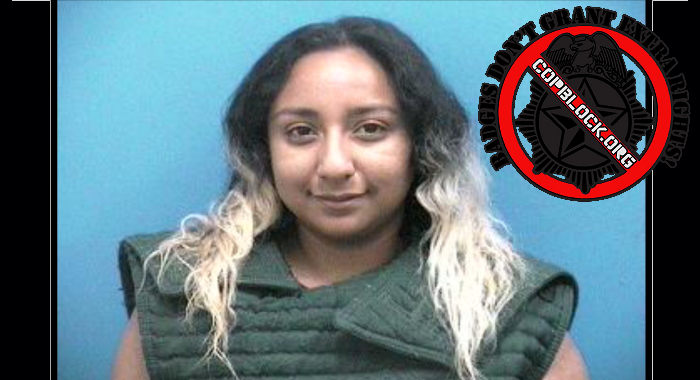 Celeste Guap, the young woman at the center of the Bay Area police sex scandal, was arrested on Monday for an incident that took place at a treatment center for drug and sex addiction that was being paid for by Oakland Police Department.

In a plot already so thick you could sail through the sun unharmed in it, the young woman who was involved in a sex scandal that spanned at least five law enforcement agencies and roughly thirty employees in the California Bay Area has been taken into custody by the same profession that helped put her in the treatment center she was arrested at.

A security officer convinced her to return to the facility, where the report says Guap became violent, biting one of the security guards on his arm.

Once under arrest, the report says Guap was in the backseat of a patrol car and began beating her head against the car window and had to be restrained further to prevent her from hurting herself.

She was taken into custody by the Martin County Sheriff’s office on a charge of aggravated battery. Her bail has been set for $300,00

Confidentiality prevents release of details over who is paying for the treatment, but Guap claims it is the Oakland Police Department, a claim that has appeared elsewhere during the past week.

The sex scandal, which has been known to officials for over a year and under official investigation since May, has not resulted in any charges of wrongdoing by officers. This has led Oakland attorney Pamela Rice to accuse the department and investigators of an active and ongoing cover-up. She has even started a coalition “to call on the state to take over the case from Alameda County District Attorney Nancy O’Malley, and to investigate possible cover-ups across multiple offices.”

She has also claimed that sending Guap to Florida during an ongoing investigation in which she was a witness may have been a deliberate form of witness tampering. With charges pending in that state, Guap will likely be held there for months to come during the legal ordeal, causing irreparable harm to the active investigation into the officer misconduct involving her. This leads one to wonder if her arrest in Florida was a set up to cripple the case against police in California. The thin blue line knows no state boundaries.

There are no shortages of rehab centers in the Bay Area or California in general. Sending her to the other side of the country while she may be needed for testimony requires explanations more outrageous than any suspicions it encourages.

Meanwhile I eagerly await squad car footage that shows her beating her own head, since that is the one thing you can usually always count on cops to assist in.