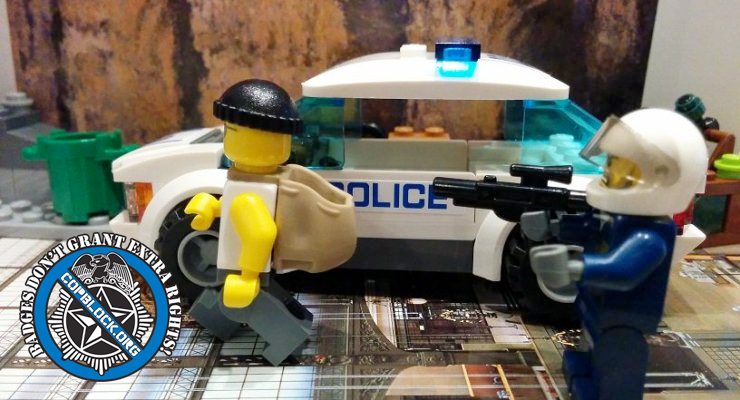 For instance, many conservatives support the idea that people should be locked away because they made “irresponsible choices” in doing drugs, gambling, engaging in same-sex relationships, or breaking the law, and women should be forced to carry pregnancies to term irrespective of the impact on their lives or health because it would be “irresponsible” otherwise. Apparently, accepting “personal responsibility” equates to accepting disproportionate punishment for a wide array of victimless, non-crimes because a majority happens to deem this proper.

Notably, while conservatives try to restrict people’s freedoms under the guise of “personal responsibility,” there is one group to which conservatives ascribe almost zero personal responsibility whatsoever, which is the police. While liberals and conservatives alike adore police and in practice allow all systems of law enforcement to operate in a morally bankrupt and inherently violent manner, liberals more readily recognize police abuses and pay some lip service to the need for major change.

On the other hand, conservatives who like to jerk off to the idea of personal responsibility take this concept and turn it on its head when it comes to law enforcement. When police abuse, maim, and kill people, the discussion immediately turns to whether the victim had a criminal history, what behavior or activity the victim was engaging in at the time of the incident, whether the victim had a right to be where he or she was, or even if the victim was completely innocent, what other measures the victim could have undertaken to avoid being beaten, shot, or murdered.

It is common for police and their supporters to blame victims after committing egregious instances of abuse or murder. For instance, half-deaf, hobbling victim John Williams failed to obey orders to stop, so he was shot and killed. His killer, Ian Birk, was cleared of wrongdoing. Police and their supporters blamed Erik Scott for his own death in “failing to obey orders,” even though Scott was lawfully carrying a concealed weapon, and lawfully tried to “drop the weapon” when ordered to do so. Police tried to blame 19-year-old Aaron Rosas to justify shooting him 5 times for drinking while underage.

More recently, when the family of Tamir Rice obtained a $6 million settlement from the City of Cleveland, Police Union Chief Stephen Loomis absurdly suggested the award could be used to educate children on the dangers of possessing both real and fake firearms. This can only be interpreted as an attempt to again, blame the victim, a 12-year-old boy, who was shot and killed by police officer Timothy Loehman while holding a toy gun in a park (more here). The preposterous idea that a child was to blame for having a toy gun and that other children all across American should be educated on the dangers of playing with toy guns is truly mind-boggling. Even more mind-boggling is the fact a Police Chief Union President can say this in public without being met with derision and outright contempt.

The excuses and attempts to shift blame are endless, because in the United States, police are treated like gods who are incapable of moral agency and incapable of wrongdoing. Indeed, destruction and horror caused by police abuse is treated like the result of a natural disaster. When hurricanes ravage cities, people naturally discuss how infrastructure can be repaired, how to prevent hurricane damage in the future, and how people can mitigate the natural effects of hurricanes, because natural disasters are incapable or moral agency. Nature does not have a sense of ethics, and one obviously cannot expect a hurricane to take responsibility for its actions. Yet, when police kill and abuse, the discussion similarly (but inexplicably) centers around how the victim could have avoided the injury, and how others can avoid potential injury in the future, rather than how the guilty officer engaged in reprehensible actions.

Even when police and their supporters have a rare moment of lucidity and acknowledge some type of error, they never go so far as to say the police are to blame or acted incorrectly; the discourse then shifts to whether taxpayers are adequately funding their police forces and whether police are being properly trained (i.e. “society” and the bureaucracy are to blame, not the officer who actually murdered someone).