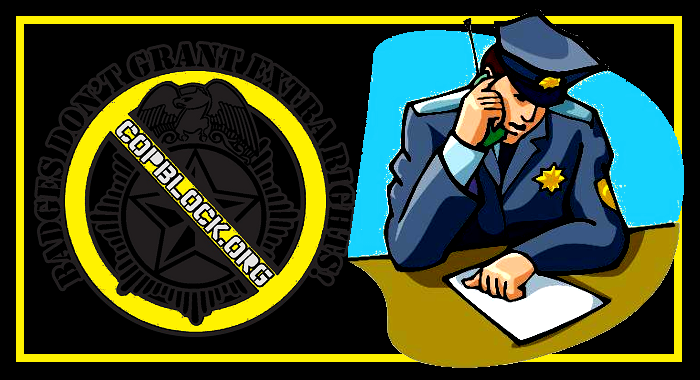 The following story comes to us from Cop Block Network contributor Patrick, who shared his own story in his own words via the CopBlock.org Submissions Page, just as all of you are invited to do.

On May 10th, 2016 I was given a citation for possession of marijuana at my home. I cooperated fully with the law enforcement employees that were there, including officer Matthew Hirsch .

Exactly one week later on May 17th my employer called me to inform me that they had been contacted by the Merriam, Kansas police department about a possession of marijuana charge. As a result I was subjected to a drug screen, which led to my termination. My former employer did not provide the name of the officer that called.

My defense lawyer was shocked by this. He explained that this sort of action by the police is illegal, as it is a violation of civil rights/privacy and is known as Tortious Interference. However, no lawyer would assist me in filing a suit against the police department because all they would have to do to get away with this is to claim that their call was part of an investigation.

The crime and citation had already taken place, so it was an open/shut case. There was no investigation aside from showing up at my home. The police have denied making contact with my employer, which my defense lawyer said he believed they were telling the truth about. Of course they denied it, if they admitted it and it wasn’t documented as part of an investigation, they would be liable.

Now I am having trouble finding a new job because I cannot provide references and “I had personal issues arise” is frowned upon as a valid reason why you left your previous employer. I was fully prepared to accept the consequences of my actions, but this was far more than I deserved for a non-violent incident (over a harmless plant increasingly legal in many places) in which I co-operated fully.