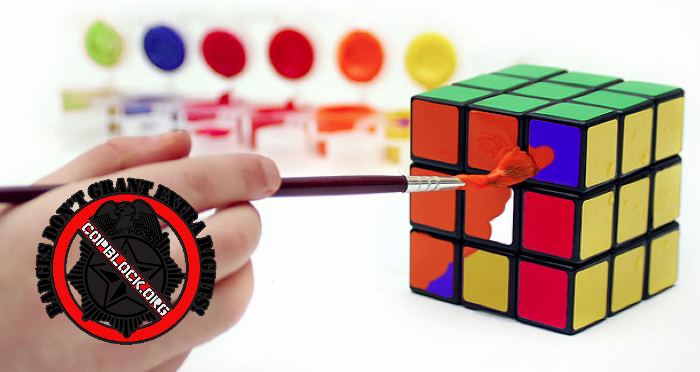 The police are so bad that we would be better off without them.

While I have done plenty to suggest peaceful future solutions to human problems which are currently being confronted with force, I am still often asked what I would have us do instead of police in the meantime, since I argue for immediate abolition.

First of all, I do not have a one size fits all answer for that. I believe that those questions should be answered by individuals and communities, so that their solutions represent uniquely their own desires and values. Policing as it is represents the danger of applying a single solution universally. Replacing a dogma with another dogma is a zero sum game.

Examine any of the stone age human tribes still living in modern times. From the Amazon to the Andaman Islands, and in other scattered pockets slowly disappearing into modernity, there are people who still live as our ancestors did tens of thousands of years ago. And although they do have social hierarchies, they do not have institutions of rigid systematic response, as we do. Another thing they do not have are the rates of deviancy that result in violence by and against individuals. Killers, rapists and crooks are almost non-existent in those societies, relative to our own. That is no accident.

The rates of modern deviancy are mostly a side effect of institutionalized inequality which is promoted by monopolies that are created by centralized power structures. We are told that government and its services, like policing, are in the service of the many, when in fact nothing could be more clear than that they are beneficial mostly to a very select ruling class. We are taught to believe that government is a solution to the problem, and that the problem is individuals. Yet the government itself is not only a bigger problem, it creates more issues between individuals.

The clearest way of understanding this is in the context of modern crime. Modern policing is not very old, relatively. It was born in Europe near the end of the eighteenth century and made its way to America within a few decades. Yet when this country was first founded, there had not been police as we know them, nor would there be for a few dozen years. In fact, the introduction of policing in America did not arise to serve and protect the public, but rather to enforce slavery codes and protect corporate interests. Not much has changed.

As the intrusiveness of the state, by police in particular, became a regular part of life – some of the rarest forms of deviancy were becoming norms. By the end of the nineteenth century, and then increasingly during the twentieth and now twenty first centuries, some disturbing crime trends mirrored the growth of policing. The serial rapist and serial killer, rarities all throughout human history, soon became more and more prevalent. As policing grew, so did human depravity.

This is no coincidence. The more pressure a society exerts on individuals, the more likely those individuals are to burst. Those bursts either reveal themselves as the birth of a deviant, or as a factor which will contribute to it through toxic interactions throughout life. Within a few generations of browbeaten family life born of oppressive forces, cycles of abuse escalate until they give rise to truly terrifying human beings.

And while policing and the kind of state it represents have engineered the most grievous cases of human depravity, so have they amplified the volume of everyday crime like violence and theft. When you imprison people for victimless crimes, you are giving them an education in criminality that follows them outside the prison walls and escalates into crimes of desperation or hatred in the streets. Our laws and their enforcement create feedback loops in which deviant behavior is created, reinforced and increased.

And so what if we just got rid of all police today? Would we descend into wanton madness as Hollywood and the media suggest? Likely not.

Surely there would be repercussions, but those are going to be due to the misery police have created, not that they have protected us from. The depravity caused by the police state will surely unravel in years of unfortunate incidences by deviants created by the system that allegedly exists to protect us from deviants. Those will have to be dealt with on an individual basis. But they are not a good reason to continue along the current path.

The longer we wait to derail the train, the more speed it picks up. That the train will eventually run out of track is a given. Stopping it before it does, since we cannot know when that may be, is imperative. The longer we wait, the worse the wreck will be.

Staying the course is madness. It is the logic of a serial killer.

“Might as well kill again, since I already have. Can’t get any worse…for me.”

It is not necessary to have a better solution when the one we currently have is worse than the problems it promises to solve, in that it increases the incidences of deviancy while itself becoming a refuge for the most power-hungry and violent deviants. Police make people worse than they would be otherwise. Police are worse than people, otherwise.

When your solutions are worse than the problem, I do not need a better solution in order to rightfully suggest that we get rid of the ones that are currently not just failing us, but have become the new center and source of those very problems.

Finally what I would like to point out is this. If you support police and the state, you support deviants and criminality. I do not want to abolish police for the benefit of criminals, I want to abolish police to stop creating so many and then giving some of them a badge. While you clutch on to them like a safety blanket to appease the false sense of security of your cowardly delusions, you are feeding the very things you have been taught to fear.

You are going to die. Some of you will die awfully. Along the way some of you will experience horrors. Suck it up, that’s life. It is better to face risks in a free world than find comfort in a cage.