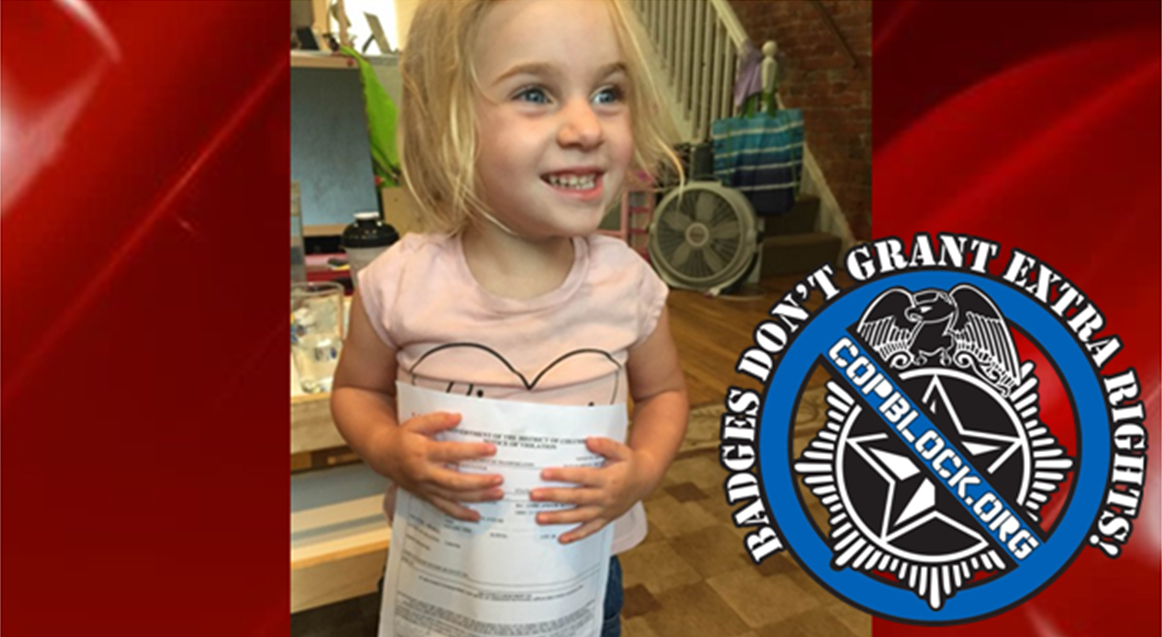 A two-year-old Washington DC girl found herself on the wrong side of the law after a city employee recently recovered an envelope with her name on it in an alleyway.

The envelope, which had likely fell out of a trash bag, was addressed to the little girl. As a result, a $75 citation was sent to her home with city officials saying the fact that it was found on the ground constituted littering.

The officials apparently didn’t attempt to look into the address or name on the envelope however. Consequently, it turned out that the letter was found directly behind the little girl’s house where her family leave their trash bins.

“She’s not a criminal. The ironic thing is that we talk to her all the time about picking up her trash,” the girl’s father, Chuck Westover said. “Just because you find a piece of mail on the ground, obviously doesn’t mean that person was the one that put it there.”

After receiving the citation in the mail, the girl’s mother made some calls to the Department of Public Works – who issued the citation – but initial attempts to get the ticket thrown out because of her daughter’s age were unsuccessful.

The woman then spoke with the Department of Public Work’s communications director who told her to send over a copy of the girl’s birth certificate in order to confirm her age.

“She told me they’d be willing to withdraw the ticket or dismiss it, or whatever word you’d like to use, if I could prove to them that Harper was only 2,” the little girl’s mother said.

Before that could occur however, news of the ticket surfaced leading to an investigation by the Department of Public Works that ultimately resulted in the toddler being cleared.

“I heard that it was a 2-year-old illegal dumper, so I’m like wow, really?” Department of Public Works spokesperson Andre Lee said. “I apologized to them for the mistake… it shouldn’t have gotten this far. Someone should have come… and we do what we need to do.”