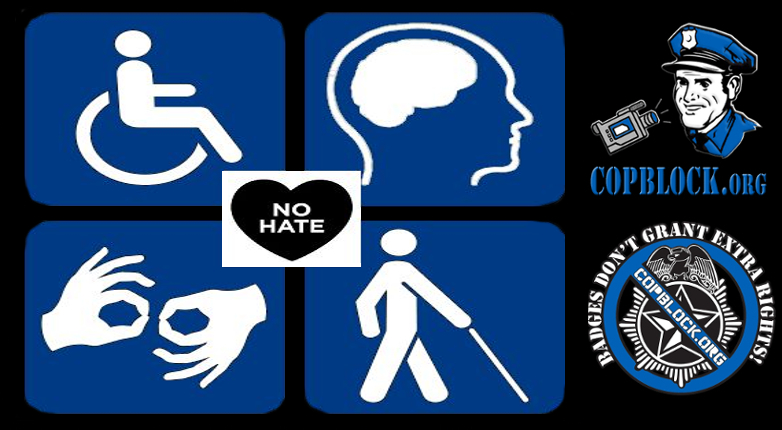 The following post was shared with the CopBlock Network anonymously, via the CopBlock.org Submissions Page. According to the person submitting this report, members of the Warren Police Department in Ohio failed to properly investigate charges of improper touching of his daughter by another relative that possibly could entail an attempt at sexual molestation.

In addition, the person who submitted this post also claims that Detective Nick Carney of WPD made disparaging comments regarding his disabled status and perceived financial abilities, as a result of that disability or disabilities. If true, this obviously would be both unprofessional and irrelevant to the issue of a potential sexual assault toward his child.

It’s also clearly not the detective’s place to assess a parent’s financial viability or decide custody issues based on that (or at all), especially in light of the potential crime that was reported. Such a show of bias would certainly be improper for a supposedly impartial party to express.

On July 19, I filed a report with the Warren Police Department after I received my child back from her mother. That night (July 18th) my child was not acting right just before bed. I was going to give her a night time kiss before bed, but she pushed me away. She had never done this before.

The next day, in front of family, my Daughter started to tell everyone about her half-brother touching her on her private areas when she was in bed. She also said her grandmother had SEEN this happening and stopped him. According to my daughter, her grandmother called the grandfather and he spanked him for doing it. Her half-brother is 14 years old, while my daughter is only four and a half years old.

When I filed the report on the 19th, the cop who took the report said not to return my daughter to her mother until after a detective called me. Then on the 20th, a detective did call me and told me to get my child to the police department. The detective also said that in the State of Ohio the mother has full custody. (Which is true in cases of unmarried parents with no formal custody order in court. Although, the accusation of inappropriate behavior by someone in the mother’s household would seem to be an extenuating circumstance in respect to that. – editor)

I did bring my daughter to the police station, as instructed. While my mother and I were at the police department, Detective Nick Carney said to me, in front of my child and my mother, that since I’m Disabled I can’t afford my daughter and shouldn’t have her. And he didn’t just say it once, but said it to me a few times.

For almost five years, I raised my daughter while the mother worked, came home, and went to bed. Seventeen months ago, my ex kicked both me and my daughter out. After that, I did everything for my child. The only help I got was just $80 in the 17 months I have raised her alone with no help from the mother.

I think Detective Carney had no right saying what he said to me especially having said it in front of my child. Plus, I think the detective didn’t do his job right in regards to investigating the report I filed regarding my daughter’s statements about what happened when she was visiting the mother’s house.