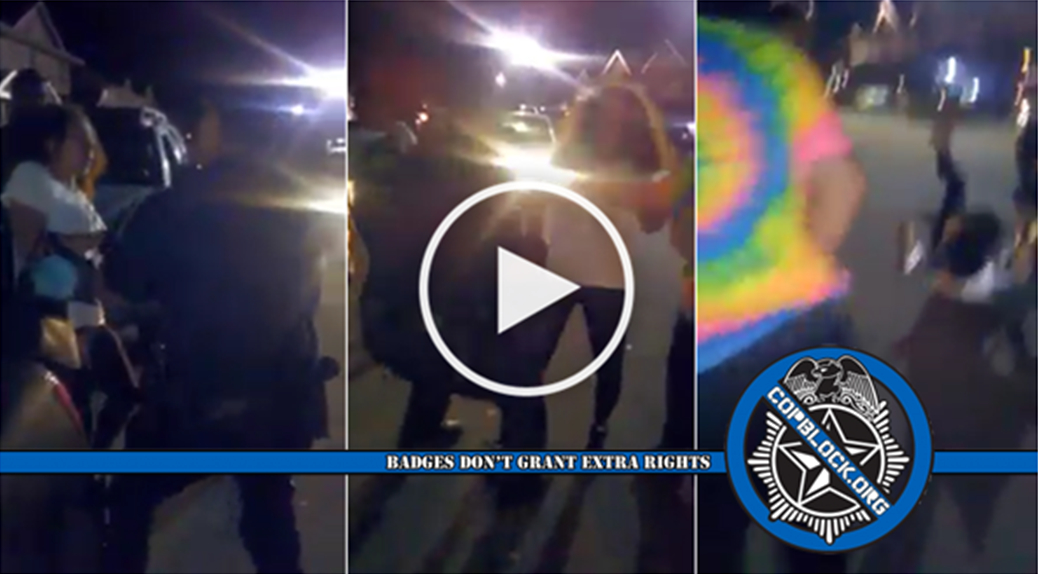 Posted on Monday, the short nine second clip shows Kacee Fleming walking over to her brother, Dominic Fore, who was being arrested. Officer Shalin Oza is seen following and grabbing the teen before a brief struggle takes place and the cop sends her flying to the ground.

Officers were reportedly in the area for another incident, and saw Fore, who had a warrant for his arrest. They said Fore put up “minimal resistance” before being taken into custody with “light hand force.”

Witnesses on the scene claimed that Fleming was simply attempting to inform police that her brother had just gotten out of the ICU and figure out why he was being taken away.

“She was asking them, ‘Why are ya’all arresting my brother?'” the woman who uploaded the video, Cherrell Mooney said. “The officer was being rude, they didn’t want to talk to them.”

According to police, Fleming yelled at the cops and reached into her brother’s pockets, forcing officers to have to “deal with” her. They claimed she struck Oza as he tried to make the arrest and stepped on his feet while he was trying to bring her “under his control.”

As a result of what occurred, Fleming was arrested and charged as an adult for resisting, obstructing or delaying an officer and misdemeanor assault on a government official.

The Asheville police department said in a statement that they have launched “a full administrative investigation” into the incident “that will review all evidence, including the video circulating on social media and body worn camera footage.”

They said that “the nine second video is only a small portion of a much longer incident” and that “upon completion of the review,” the department “will take appropriate action, if deemed necessary.”