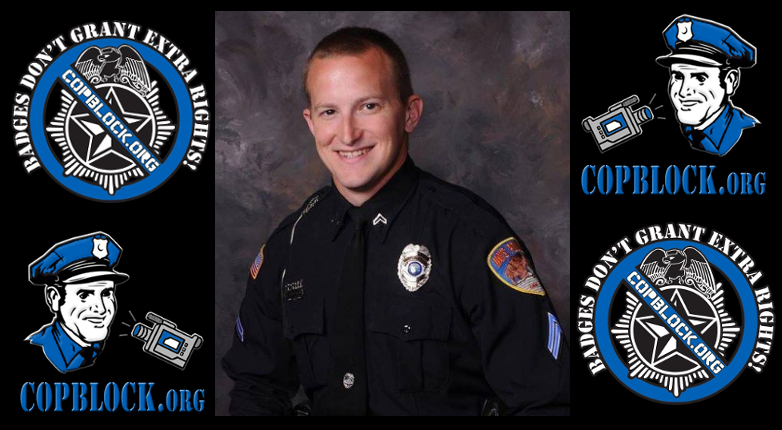 Investigative journalist Meko Haze has been digging into the police shooting of Joey Weber, a special needs man, by a previously unnamed officer. However, a reliable source close to the police force has released the name of the officer involved. Previous speculation that the officer involved may have been a rookie have been erased when it was discovered that the officer was a nine-year veteran and a Sergeant, named Brandon Hauptman.

This post was originally published at TheDailyHaze.com by Meko Haze

A source close to the police force has released the name of the officer who shot 36-year-old Joey Weber.

Perhaps one of the most tragic police shootings of 2016 is that of Joseph ‘Joey’ Weber, a 36-year-old special needs man who was shot and killed by the Hays, Kansas Police Department. While some have assumed it may have been a rookie move, The Daily Haze has discovered the Hays officer that shot a special needs man has been on the force for 9-years.

Sgt. Brandon Hauptman graduated from the Kansas Law Enforcement Training Center on December 21, 2007. From there he went straight to the Hays Police Department. Up until the shooting of Weber, Haupton appears to have had an upstanding career in law enforcement.

In November of 2015, Hauptman was promoted to the position of Patrol Sergeant, according to the Facebook page for the Hays Police Department. Hauptman had also been a Bike Patrol Coordinator and the Assistant Team Leader for the Special Situation Response Team.

In June of 2015, Hauptman was photographed lighting the torch for the Special Olympics run that went through Hays. Hauptman was recognized by the Kansas Association of Chiefs of Police and awarded the Silver Award for “showing bravery” during a 5-hour standoff that occurred in 2013 between police and a 53-year-old man.

So how did an officer that appeared to do his job well end up as the one responsible for shooting an unarmed special needs man? The Daily Haze spoke to a source, who wished to remain anonymous, that stated Hauptman was given too much responsibility and not able to handle it. He was a good officer, but the amount of responsibilities the Hays Police Department were dumping in his lap was too much for him to handle.

The Daily Haze reached out to both the Hays Police Department and the office of Ellis County Attorney Thomas Drees. We were told that nobody was available for comment, as both Drees and the Police Chief were in a meeting. When asked the current status of Hauptman, Hays PD claimed that Drees released a statement about the officer. Drees’ office had no knowledge of this statement.

The shooting of Joey Weber.

Hauptman pulled over Weber for an unspecified traffic infraction. Weber was reportedly not following Hauptman’s commands. At that point, Hauptman called for backup. Evan Cronn arrived at the scene, and that is when Weber panicked and drove away.

It was in front of New Age Services that Hauptman fired one shot that killed Weber. As of now, Drees has not said anything in regards to the reason behind Hauptman shot.

Hauptman and Cronn were both placed on administrative leave. Cronn has been placed back on duty this last week. Cronn graduated and joined the force in June of 2014. Multiple sources have claimed that Cronn went to a local bar after the shooting and was very openly talking about the tragic incident.

At this time, Hauptman remains on administrative leave as the investigation into the shooting continues. Both Ellis County, and the Hays Police Department are remaining completely silent about the shooting.

vintage obsolete police badge no longer in use.