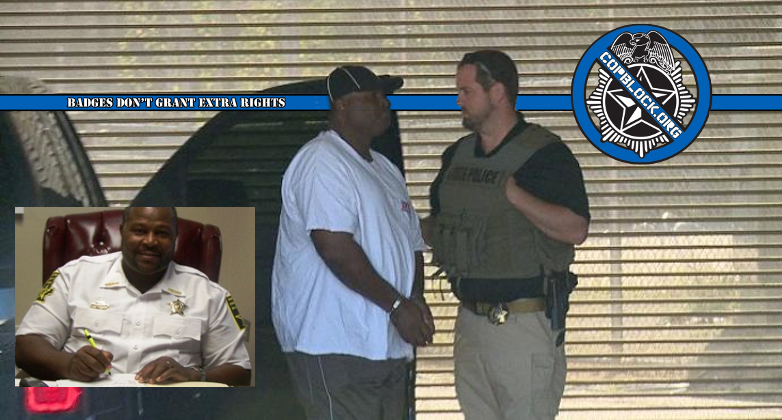 Former Sumter County Sheriff Tyrone Clark, who was impeached in July, has now been indicted for his involvement in a drug and sex trafficking ring that was run by an inmate in the Sumter County Prison. The top Bad Apple of Sumter County is accused of providing an inmate, Rodney Coats, access to a private area within the prison’s administration building, as well as a laptop with internet access. Coats used this to run a drug operation outside of the prison.

In addition, Sheriff Clark is accused of keeping a women captive within a trailer. According to the unnamed woman she was forced to provide drugs to Coats and was routinely raped by Coats and by detention officers, as well as Clark. Clark also reportedly gave special treatment to certain inmates and even allowed them to leave the prison in order to perform work on his own house or for his friends.

Via the Montgomery Advertiser:

During his impeachment trial, assistant attorney generals fleshed out a laundry list of allegations against Clark. Most of them centered around Clark’s friendship with Rodney Coats — an inmate at the Sumter County Prison who was made a “trustee.”

While most inmate trustees are low-risk, nonviolent offenders, Coats has eight criminal charges pending against him with a bond totaling $675,000.

A former chief deputy to Clark testified against him at his impeachment trial, stating that Coats had unsupervised access to what was known around the jail as “Coats’ Quarters,” located in the administration building.

Found in “Coats’ Quarters” was a television, bus seats from Clark’s old campaign bus, a couch, a toolbox and a laptop labeled “Sheriff” that Coats used to monitor his drug operation from jail, testimony indicated.

One woman testified that she was held against her will in a trailer controlled by Coats, which was equipped with surveillance cameras that fed into his jail laptop. She said she was regularly made to bring drugs to Coats in his quarters, where he and other detention officers raped her. She also accused Clark of sexual assault.

Clark denied her allegations, as well as being aware that she had been brought to Coats.

Some former inmates testified that Clark let them leave the jail to go work on his house or perform other jobs for community members. Under cross-examination, Clark admitted to knowing this was a crime when he allowed it to happen…

Three of the counts fall under felony ethics violations. Clark is accused of using his public office for private gain in connection to allegedly allowing inmates to work on his private property.

Sumter County District Attorney Greg Griggs said the other charges are as follows: