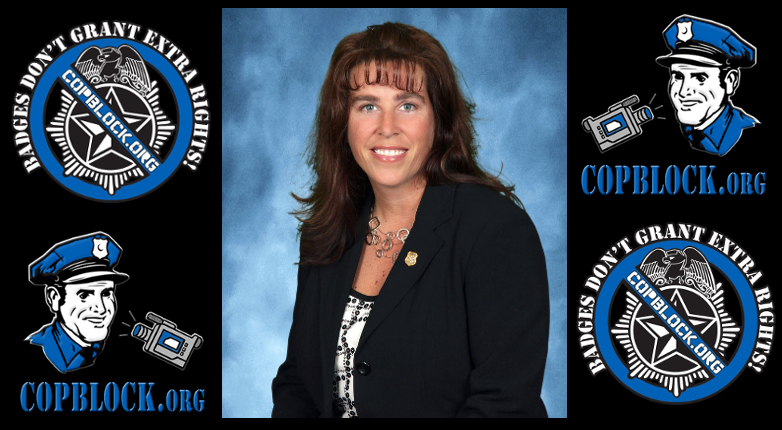 Inspector Sandra Putnam, a former “top agent” with the Georgia Bureau of Investigations, apparently had expensive taste. In order to supplement that, she racked up $87,243 on GBI issued credit cards. Not only did she use her own plastic for her lavish shopping sprees, but she also maxed out the cards of seven other employees, as well.

Putnam, who was a member of the GBI’s Command Staff and ironically was in charge of the “Intelligence Unit,” managed to keep at it for at least three years. That means that she averaged close to $30, 000 per year of extra buying power during her crime spree. Reportedly, it required a tractor trailer to haul away all of her ill gotten loot and the GBI agents who came to get it had to work through the night to complete the job.

Via the Rockdale Citizen:

Former GBI Inspector Sandra Putnam, 44, was charged on Aug. 31 with one count of RICO (Racketeer Influence and Corrupt Organization) violation in DeKalb County, for the alleged misuse of a GBI purchasing card to the tune of more than $87,000. She turned herself in to the DeKalb County Jail Wednesday afternoon.

On Aug. 17, the Department of Administrative Services (DOAS), Office of the Inspector General (OIG), and Office of the Attorney General (AG) made the GBI aware of irregularities in purchasing card transactions on what is also known as a p-card. As a result of regular DOAS audits, they were able to determine that the p-card assigned to Putnam had been used in multiple transactions and showed evidence of suspected criminal activity.

Putnam, who according to her Facebook page is divorced with one son, lives in the Rosedown subdivision off of Elks Club Road. Late in the afternoon of Aug. 17, after she had left her house on Abaleia Drive, GBI agents arrived seeking evidence in the case. According to neighbors, they brought in a tractor-trailer, working through the night and into the next day, loading many items, such as house and lawn furniture, a television, and tires from her home into the trailer. After agents left, Putnam returned to her home.

On Thursday, August 18, at approximately noon, Putnam resigned in lieu of termination from the GBI.

To date, the investigation has revealed over 350 transactions totaling over $87,000. Putnam allegedly ordered the items for personal use and had them shipped directly to her home. She allegedly altered the invoices to reflect legitimate type items being purchased and submitted those receipts into the p-card management system.

They do say that QVC can be very addicting. So it shouldn’t be long before she gets approved for disability payments based on her shopping addiction. If not, she’ll just have to wait until they offer her a plea deal involving a fine and few hours of community service.
39
SHARES
FacebookTwitterGoogleRedditTumblr
DiggLinkedinStumbleuponMailPrint