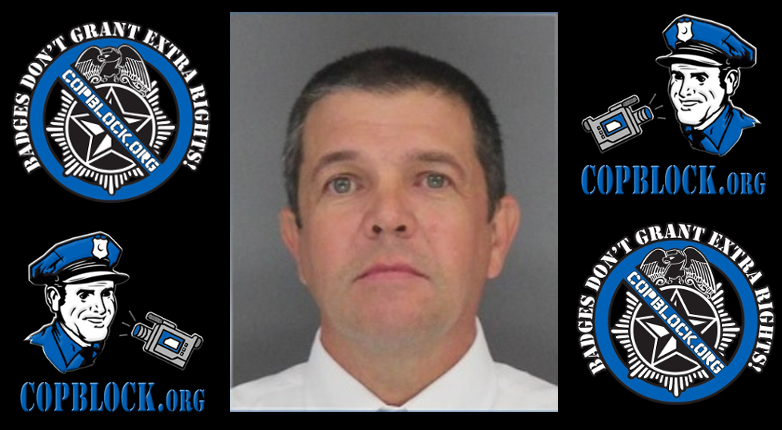 Arkansas State Police Captain Steven Bryan Davis was ready to get a little freaky about a week or so ago (August 30th). So he parked out by a trail next to a wooded area, stripped down, and started getting himself revved up. Apparently, he was “up for anything” that day, too.

When two undercover cops stumbled upon his little solo party, he invited them to get in on the act and do a dirty little show for him in the back of his truck. They kinda ruined the mood though by slapping him into handcuffs. (Or maybe not; he sounds like the kind of guy that might like a little bondage.)

The arrest location was listed as 2500 Riverfront Drive, which is where Highway 255 crosses a trail in a wooded area near the Arkansas River.

The undercover officers then identified themselves and handcuffed Capt. Davis, the report says.

Captain Davis was placed on paid administrative leave, according to an Arkansas State Police spokesperson.

Although, he was originally given a paid vacation after posting bail, he has actually resigned since then. It is interesting that he was only charged with a misdemeanor count of loitering. I’m sure that if any ordinary citizen had been caught “giving themselves a tune up” in public and then asked the cops that caught them to do some creepy stuff in their car, they wouldn’t get charged with some sort of sex crime.

Looks like Captain Davis has already received his Policeman’s Discount and is well on his way to starting his second career at some other police department.