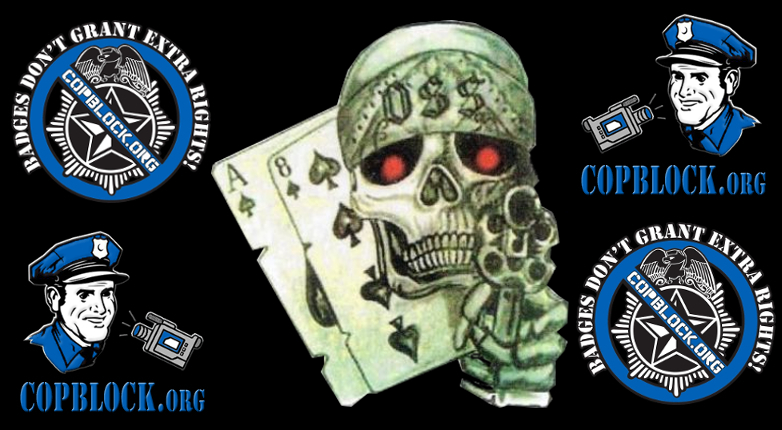 Thursday a federal appellate court ruled that Jason Deocampo was entitled to $50,000 in monetary damages, as well as reimbursement for his legal fees in the sum of $400,000 after he was beaten by Officer Jason Potts and Eric Jensen, for questioning them about the beating of another man, Jaquezs Berry. After the appeal his legal fees may be elevated by another $100,000.

The beating of Berry was witnessed by Jason and another man named Jesus Grant. After voicing their protest, Officer Potts ordered them to leave. They both retreated, but Potts followed them. Jason Potts and Eric Jensen then proceeded to attack Deocampo, shoving him to the ground where he began clubbing him with his police baton.

Decampo’s attorney said he raised his hands and announced his intention to depart before the brutal assault. Deocampo suffered multiple injuries to his back and knees and had to undergo surgery as a result of the beating. He is still unable to walk without pain and it serves as a constant reminder of that fateful night.

Both Deocampo and Berry were arrested for resisting arrest, but the charges were later dropped.

Jason Potts and Eric Jensen belonged to a police gang known as “The Jump Out Boys”. They were well-known and feared in minority neighborhoods for their behavior.

The phrase “jump out boys” is slang for undercover police, but officers throughout the nation have adopted it for their own department’s gangs. In Miami, eleven “elite” officers were involved in crimes including evidence tampering, the planting of weapons, and lying to investigators. They named their group “The Jump Out Boys,” as well. In Los Angeles, members of a secret clique of elite gang officers who also refer to themselves as “The Jump Out Boys” wear a tattoo with a skull holding a gun. After killing someone in the line of duty, they would then add smoke to the barrel in order to distinguish killers from cherries.

The officers appealed the damages and said the awards should be discounted just like all pre-bankruptcy debts owed to the city, which represented them at the trial. However the appeals court ruled Deocampo had successfully sued the officers personally, not their employer, and was entitled to collect the full jury award.

“The officers, acting in their personal capacities, seriously injured Deocampo while acting under color of state law,” Judge Kim Wardlaw said in the 3-0 ruling. She said the officers won’t suffer financially because the city is legally required to reimburse them.

Does behavior like this add credence to the argument that the “thin blue line” is a gang or are these officers just some of those bad apple cops?