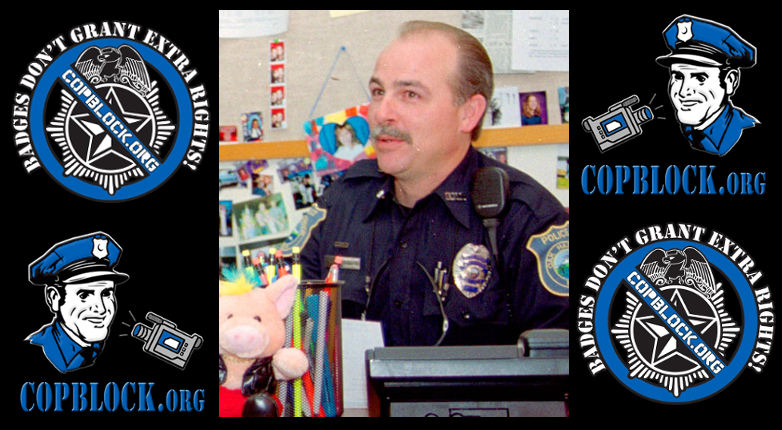 The texts included sexually explicit pictures, videos, and text messages. According to an FBI report, at least one of those explicit texts were sent while he was at work “protecting and serving” Oak Harbor residents. He also apparently was sexting with so many underage girls that he says he couldn’t specifically remember talking to the victim.

Via the Whidbey News-Times:

Little is accused of exchanging sexually explicit images, videos and messages with a 13-year-old girl in another state through a KIK messenger app on a cell phone. The FBI’s report states that he sent her images of his penis and face.

According to text conversations included in the report, Little also allegedly made lewd suggestions to the child regarding objects and urged her to send him photos.

Little told the child that he was “at work” during one of their explicit conversations, the report states. The girl wrote that she was at school in another of their conversations.

The charging documents indicate that the crime occurred “in or about March 2016 and continuing until at least in or about July 2016.”

The FBI report also states that Little may have also been communicating with other children.

Special agents from the Bellingham office of the FBI took Little, a 27-year veteran of the Oak Harbor police force, into custody after questioning him and serving a search warrant at his home.

Little was the school resource officer from 1998 to 2004 and filled in on a temporary basis in 2008, according to Oak Harbor police records.

According to Oak Harbor Police Administrator Terry Gallagher, Officer Little was immediately given a paid vacation after he was arrested by FBI agents at the Oak Hill Police Department headquarters. That should give him plenty of free time to sext young teen girls.