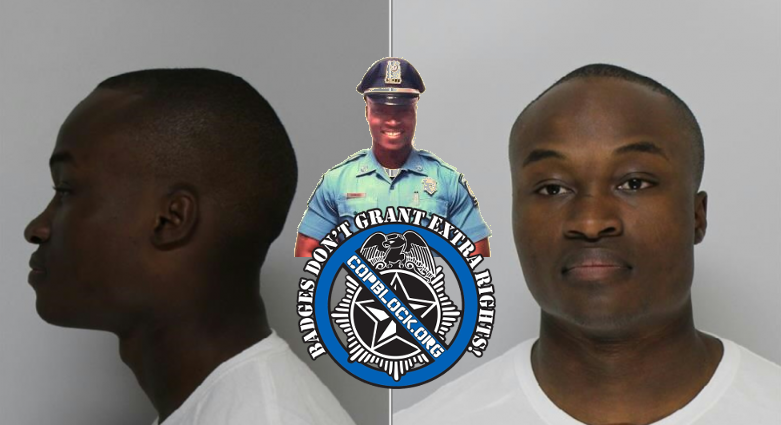 Wilter Dormevil, 28, of 37A Dedham Street Apt. 1 of Revere, was charged with lewd wanton and lascivious sex, lewd and open gross sex, and witness intimidation. He was arrested on Saturday, Sept. 3 at 12:25 p.m. at Framingham State University.

Dormevil, according to police, masturbated in front of a student employee.

“The officer was immediately relieved of his duties and Town of  Framingham police were notified as an independent investigator in the matter. As a result of the investigation, the FSU officer was arrested and charged with several offenses, including lewdness/open and gross, wanton and lascivious conduct, and witness intimidation. The University has placed the officer on Administration Leave and he is prohibited from the FSU campus while the investigation continues,” wrote Framingham State University General Counsel Rita Colucci to Framingham Source.

As often as police departments hire people with a history of misconduct and/or violence it’s hard to say this with absolute certainy, but this will probably hurt his chances of getting hired on as an actual officer with the Town of Farmingham Police Department. #JusSayin