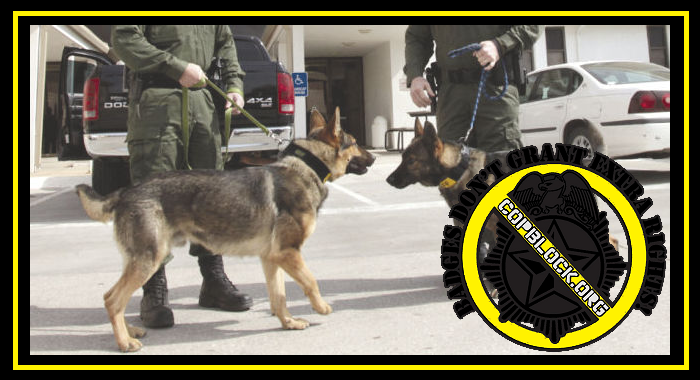 The following story was sent to us by ‘Kid Clint’, a CopBlock.org reader who shared it with us via the Submission Page, where people just like you can share personal tales or local stories with The Cop Block Network.

According to the Duncan Banner, Stephens County, Oklahoma sheriff Deputy Matthew Peck was accused of animal cruelty following the death of his K-9 hound, Bak, who was found dead after Deputy Peck left him in a locked car for 38 hours beginning on August 24th.

Deputy Matthew Peck noticed his partner not responding when he called for him. Deputy Matthew Peck then contacted Undersheriff John Smith who began an investigation into the death of the K9. He was found dead in a locked patrol vehicle on the morning of August 26th.

Apparently Deputy Matthew Peck was called to the scene of a traffic stop, and forgot to bring his K9 partner. Deputy Peck later called it a night and went home leaving the K9 in the locked patrol vehicle with the windows up. Authorities say the average temperature on August 25th was 99 degrees with a possible heat index of 102.

Beck has been terminated from employment with the SCSO and charges have been filed. It’s unknown whether he has an attorney for a court date based on the incident, which has been set. of November 02, 2016.

A sad end to the life of a K9 hound who possibly accompanied Deputy Matthew Peck in many traffic stops and home raids.

No comment from Sheriff Wayne McKinney regarding the incident in which Deputy Matthew Peck allegedly forgot about Ol’ Bak.