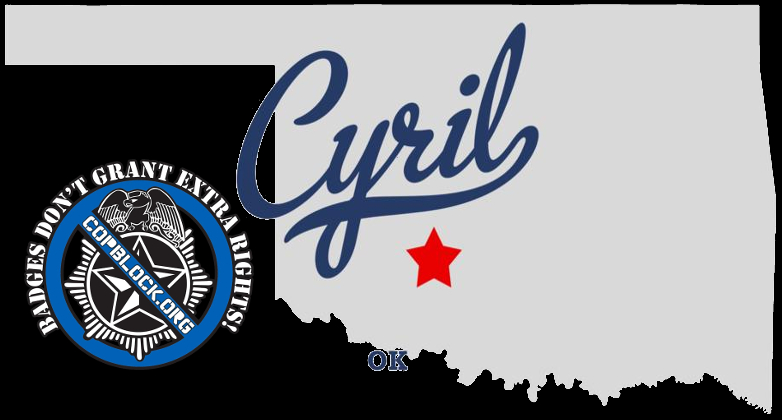 The following post was shared with the CopBlock Network by Kid Clint, via the CopBlock.org Submissions Page.

According to a report, Loren Daniel Cole of Marlow, was working as a Cyril police officer on July 8, 2015 when he and other officers were called to investigate an assault at a home in Cyril. According to an affidavit written by Cole, no drugs were found in the house. However, there were some photographs taken at the time. One set of photographs showed marijuana on a table, and another set showed no marijuana on a table.

Officer Cole was accused of removing the marijuana from the scene, and tossing it in a trash can near the Cyril Police Department, then making false statements on the affidavit that no drugs were found at the residence.

After investigators noticed the photographs, they questioned Officer Cole. Cole then admitted to discovering marijuana at the original scene, but not mentioning it on the affidavit.

According to Caddo County District Attorney Jason Hicks, “We have two affidavits that are polar opposites. In Oklahoma, under statute, that’s perjury. We look at two sworn documents and one of them says, ‘X,’ and the other one says, ‘Y.’ It’s a pretty clear-cut case of perjury.”

Officer Cole admitted to changing the police report and disposing of the evidence. Cole says Chief of Police Chris Wagstaff instructed him to do so to protect the subject of the investigation from criminal charges who happened to be an EMT. Chief Wagstaff was apparently concerned that voices carry.

However, Wagstaff told investigators that he directed Officer Cole to “secure the evidence, not destroy it.”

If Chief Wagstaff did instruct officer Cole to destroy the evidence, then this is a case of not only perjury, but of corruption!

According to the Oklahoma State Statute: