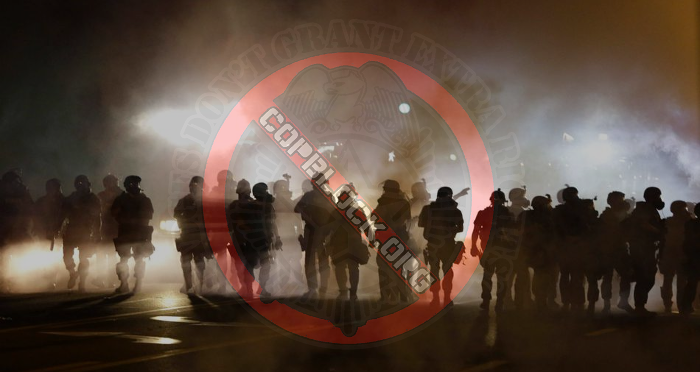 Hartford, Connecticut police got more than they bargained for when a raid turned into an opiate dust storm.

A SWAT Team using flash grenades to stun occupants of a suspected drug distribution center did not expect what would happen next. According to PoliceOne:

A flash-bang grenade tossed into an alleged stash house on Forrest Street Tuesday night kicked up powdered fentanyl and heroin that SWAT officers raiding the building breathed in, police said. Eleven of the officers were taken to a hospital for treatment for the deadly opioid.

Following weeks of investigating by Hartford and East Hartford detectives into a suspected heroin operation, police learned that heroin was being bagged at the apartment for street-level sale, Deputy Chief Brian Foley said.

With information that a large amount of heroin and firearms were in the home, the department’s Emergency Response Team joined detectives to raid the home about 7:30 p.m., Foley said. Making what Foley described as a tactical entry, the flash-bangs, meant to stun anyone in the apartment, went off and turned the powdered drugs into an aerosol on a table.

“That powder was airborne, and some of the SWAT team members were breathing it in while trying to secure three suspects,” Foley said. After getting the suspects out of the apartment, the team called for an evacuation.

“When they were outside, a few of the members became dizzy, nauseous; some of them vomited. The call was made to send the whole team over to St. Francis [Hospital and Medical Center],” Foley said.

Dr. C. Steven Wolf, chairman of the department of emergency medicine at St. Francis, was notified and kept in contact with police officials in Hartford, according to Foley. “He said they presented all the symptoms of someone who is exposed to heroin or fentanyl,” Foley said.

The symptoms of someone exposed to heroin or fentanyl are being really fucking high.

Of course at least after that they had an excuse for being dumbasses. Throwing explosives into piles of powdery drugs is a pretty stupid thing to do.

Now I am just going to hold tight and see if they raid the pharmaceutical manufacturers who produce their own deadly, toxic opiate concoctions and push it into the streets via doctors, hospitals and insurance companies. I am not, however, going to hold my breath. In the War on Drugs, some pushers get preferential treatment.