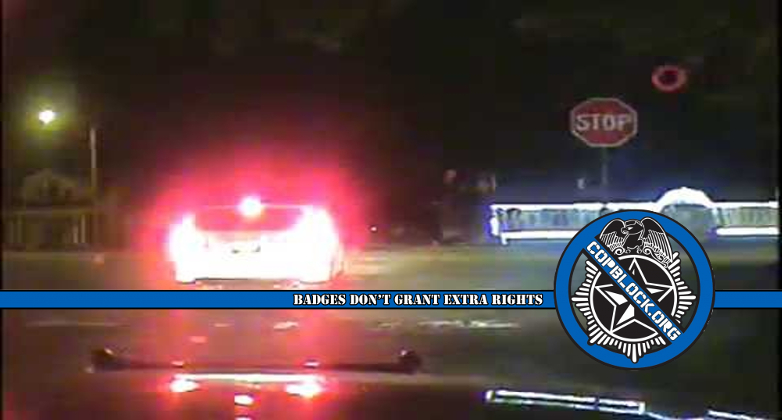 The following post was shared with the CopBlock Network by Robin Peppers, via the CopBlock.org Submissions Page.

Robin states that a woman had called and falsely reported that he assaulted her. He was subsequently arrested for domestic battery related to that, although he says he was in jail the day the assault supposedly took place. Also Robin states that while he was in jail the police allowed the “victim” to steal all of his prescription pills and a wedding ring out of his house.

On September 14th, I was wrongfully convicted of domestic battery even though I was in jail on August 3rd, 2014, when it supposedly happened. The prosecution was allowed to commit perjury and slander my name, calling me things such as “this criminal” and saying that I was a deadbeat that didn’t work and that Anastasia Troup had all the utilities in her name and had paid them. They also filled the jury’s heads with lies about Elizabeth Holloway, saying that she had only been in my home one day prior.

My public pretender told me to shut up more than once to my objections even though I hold in my hand my electric bills from August 10th and well into July in Elizabeth Holloway’s name as she was my live in girlfriend at the time. I also have the water bill records showing that my home had only ever been in my name and my name alone. I have pay stubs from the company I was working for until my unlawful arrest, which was Bestway Towing in South Bend, as a tow-truck driver.

100% of this case was a lie. The female prosecutors fueled and added on and onto Anastasia’s ever changing and expanding story. From the 911 call of “I was just slapped” to the court room testimony of  “I was slapped, strangled, pick up and throw, drug around by my ankles, picked up one handed by my throat and thrown, slapped some more, choked until I couldn’t breath, had my wrists grabbed and thrown around, had my forearms grabbed and thrown around, and smashed my phone beyond repair only to factory reset it and call the police…”

But she doesn’t remember where or when or what time, not a day besides August 3rd, which she was fed by the state. Literally, this is the ridiculous story that was allowed to be fed to jury members and wrongfully convict me while I was told to shut up by the public pretender I have filed to have replaced more than once.

Where is justice? Where is the law? The police once again in court admit to wrongfully arresting me. Stating that I was automatically guilty because I am male and live in the ghetto, and a female called accusing me. I have been robbed, imprisoned, slandered, and discriminated against because of my gender and class.

I work for you people. I tow your cars, I fix your stuff when it breaks, I help you when you need help the most. I am always there no matter how much money you have, no matter the time of day. I am the one women call when they need help. I have opened my home and my kitchen to so many when my community has needed me.

Well…I need you. I need your help now, your support. Please share this petition, spread the word that prosecution is allowed to cover up crimes, slander good people, and convict innocent Americans for crimes they can prove they didn’t commit. If we as a people don’t stand up for each other then we as a people will fall to the tyranny of a corrupt and biased government.

I have been a victim for far too long. I am tired of fearing answering my door to the home I worked so hard to earn. I have struggled daily just to be in a state of mind that can function. Where is my justice? Where are all the laws at? Not one thing about my case has been legal. Hell they convicted me by telling the jury “exact times, dates, areas, and stuff like that don’t matter, he’s a criminal” they convicted me of a crime on a day that I couldn’t have done anything because I was in jail. And sold lies to the jury.