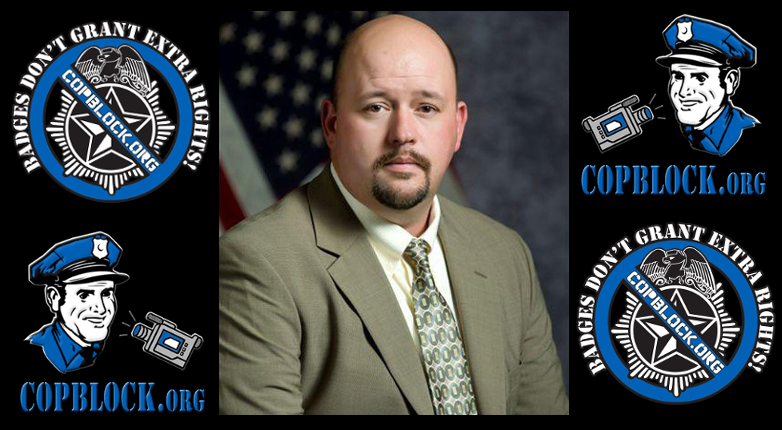 Somehow yet another Bad Apple was able to hide his rotteness from all the Good Cops working with him every day until he attained the rank of sheriff. However, the secret is finally out for Sheriff Cody L. Morris of Stanton County, Kansas.

Morris is accused of assaulting a “family member” named Kristy Morris (presumably his wife or girlfriend), restraining her against her will, and the criminal damaging of property. Although not many details have been released, according to the arrest report embedded below, the property damage consisted of Sheriff Morris smashing up a bunch of plates and dishes.

Via the Green City Telegram:

According to Miller, Morris was taken to the Grant County Jail in Ulysses, where he was held on $1,000 bail.

Employees of the Stanton County Sheriff’s Office declined to comment about the arrest Thursday and referred all questions to the KBI, which is handling the investigation to avoid a conflict of interest.

“The local officers did the initial arrest on the alleged incident. Then they requested our assistance, since it was the sheriff,” Miller said.

Miller said the case is being handled by the Kansas Attorney General’s office at the request of the Stanton County Attorney’s office.