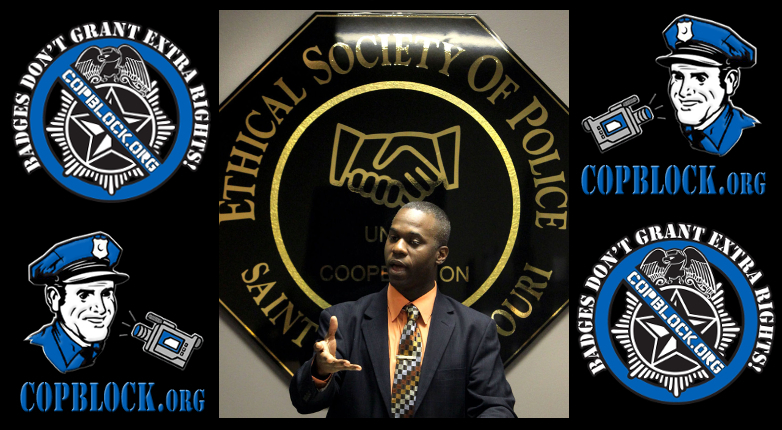 A sergeant with the St. Louis Police Department, who was the head of a group that represents black police officers has admitted to stealing over $80,000 from the organization. If the fact that the group this cop stole from is named the “Ethical Society of Police” isn’t ironic enough for you his name is Darren Wilson, although he’s not that Darren Wilson.

Apparently, Sgt. Wilson used all that money to fund his dreams of being an entertainer. Sgt. Heather Taylor, who replaced him as head of the Ethical Society of Police, doesn’t seem to be that amused, though. She even went the incredibly rare route among cops of saying another cop should actually go to jail.

The current president, Sgt. Heather Taylor, told the Post-Dispatch outside the courtroom that Wilson looted the building fund and money meant for community service and legal representation.

She said the group was forced by Wilson’s theft to downsize.

Asked if Wilson had repaid any of the money, Taylor replied, “Not one cent.”

Taylor said that Wilson was a former professional clown, and said that he behaved as a “clown.”

Wilson is not related to the former Ferguson police officer Darren Wilson, whose shooting of Michael Brown in 2014 drew nationwide attention.

The money in the accounts came mostly from member dues, he said.

Under federal guidelines, he faces a possible term of 12 to 18 months in prison when he is sentenced Dec. 12.

As part of the plea, prosecutors agreed to ask for 12 months, Stevens said, and Wilson’s lawyer could ask for less.

And yeah, you heard (read) that right; Sgt. Wilson was a former clown. I’m not saying that Sgt. Wilson or any other members of St. Louis area law enforcement are necessarily tied to the Great Clown Invasion of 2016, which is currently spreading like wildfire after originating in South Carolina. I’m just saying will the evils perpetrated by clowns never cease? Also, I think we have to be concerned that Evil Scary Clowns have joined forces with the Bad Apples in a obvious attempt to undermine the efforts of Good Cops to clean up the police. That should have been expected.
268
SHARES
FacebookTwitterGoogleRedditTumblr
DiggLinkedinStumbleuponMailPrint