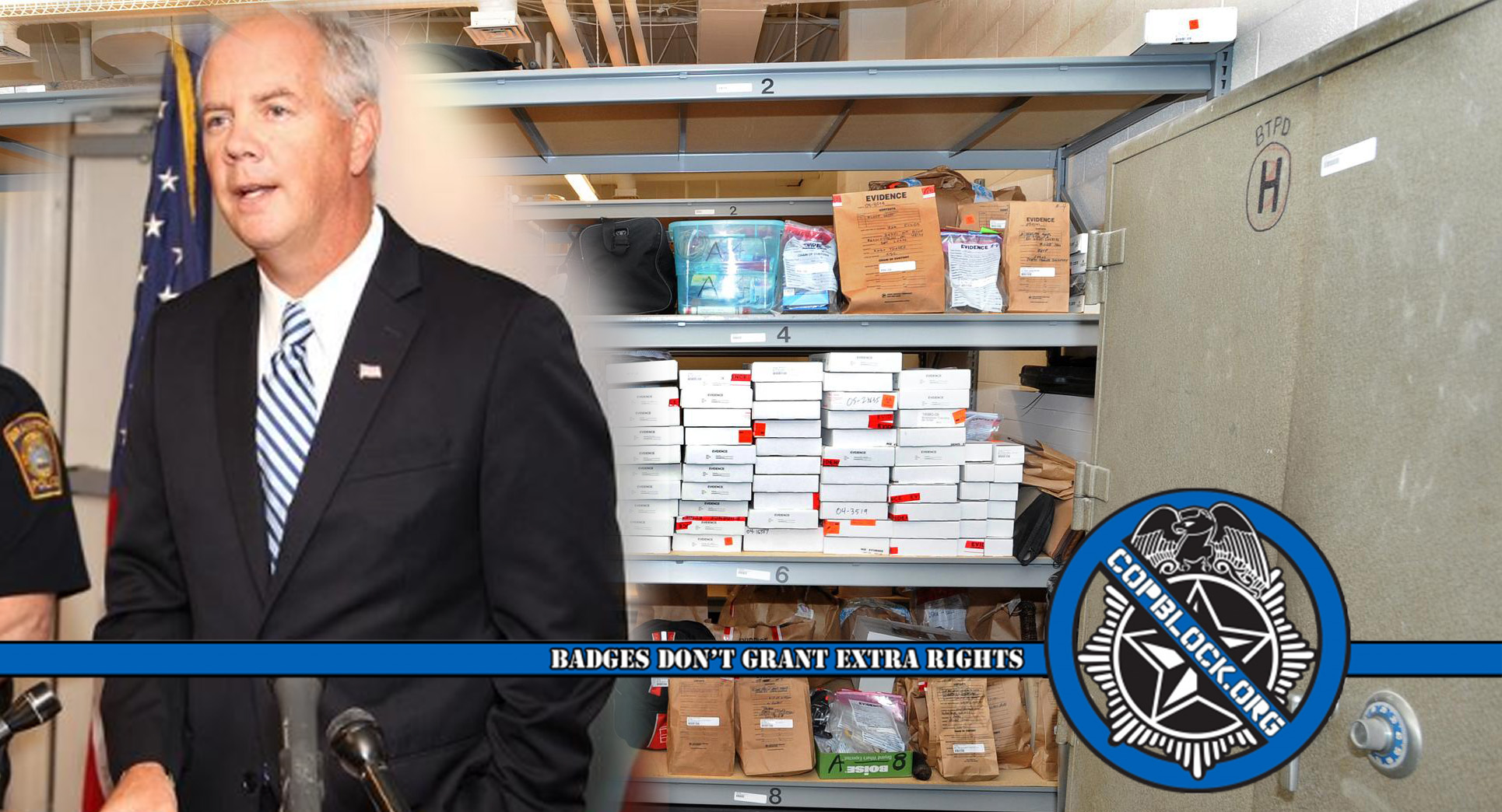 An audit of a Massachusetts police department’s evidence room has revealed that thousands of pieces of drug and property evidence, as well as around $408,000, went missing.

Braintree police officials released the audit’s findings on Wednesday and stated that the inquiry looked at evidence going back to 1999. What was found was astonishing: heat-sealed drug bags torn or cut open, bags of cash emptied, and the vanishing of at least 60 guns, including semiautomatic rifles.

Officials said a total of 4,709 pieces of narcotics evidence can not be accounted for and that an additional 38 pieces had been compromised. Most of the missing drug evidence is “bags of cocaine,” they said.

Also missing are 2,490 pieces of property evidence, which include everything from the aforementioned $408,000 in cash to videos, sexual assault kits, counterfeit money, bicycles and even vehicles. According to the audit, most of the money that disappeared came from cases from 2001, 2002, 2012 and 2013.

The revelations have already caused prosecutors to drop charges in a half-dozen Braintree cases and could potentially result in hundreds of additional cases being dismissed, officials said.

The audit was ordered by chief Russell W. Jenkins back in the spring, after he began to suspect there was something fishy going on in the evidence room. Consequently, the cop who ran the room killed herself in May, a week after speaking with the auditor. Two of the missing firearms were found in her home.

At Wednesday’s press conference, Mayor Joseph Sullivan said the investigation into the matter is still ongoing but stated that most of the missing evidence was probably disposed of during department purges in 2009 and 2012.

The purged evidence was not properly recorded, the audit states however, and remained in the computers as active – but hundreds of pieces of evidence continued to disappear after 2012 when no purges were being conducted.

Sullivan maintained that since the audit was conducted, all but 12 of the firearms have been found and that about $140,000 of the missing cash was recovered. He said that new protocols and procedures have already been established for how evidence is to be handled in the future.

“There is still a lot more work to be done to determine a fully accurate account of these items, and the department is continuing their efforts in that regard,” Sullivan said. “I want to emphasize that I find these findings troubling, and we are going to take steps to correct them.”