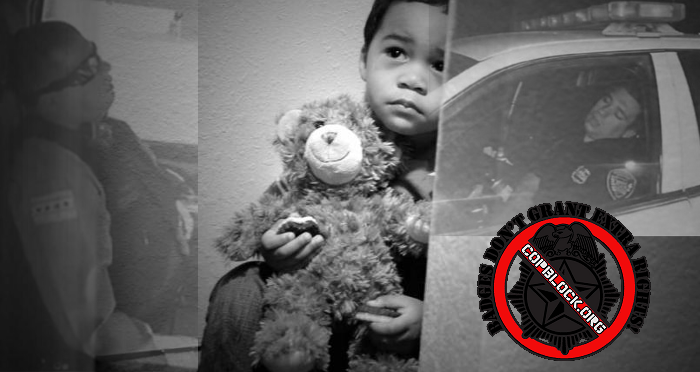 The KCM Police Department branch responsible for investigating violent and sexual crimes against children has been ruled incompetent, with an investigation showing some officers had never done any work at all.

“Think of the children!”

That is what you are likely to hear when you try to have a discussion about abolishing the police. Opponents of the idea insist that policing is the only possible way to protect the weak from the strong. Not only does this display a lack of imagination and dogmatic thinking, it flies in the face of the basic facts, which is that policing pretty much fails to prevent or solve violent, sexual crimes against children as it is.

The Crimes Against Children Unit in Kansas City, Missouri illustrates this quite clearly. An investigation into their workings has revealed a level of apathy, laziness and incompetence that has allowed predators to continue their criminal acts against children while police stand idly by doing nothing. By doing nothing, not only are they not helping, but because they are believed to be investigating while not doing so, other investigations by families and private individuals have not been instigated. As the trails of these crimes grow cold, police officers collect paychecks while families trust and reliance on them is betrayed.

A police unit set up to investigate crimes against children including rape, abuse and serious negligence failed to properly investigate thousands of cases, with some detectives doing no work at all, according to internal police memos that described “gross negligence,” ”incompetence” and efforts to cover up the problem.

Kansas City, Missouri, Police Chief Darryl Forte in April suspended nearly all the detectives and sergeants in the Crimes Against Children Unit. Another group has reviewed tens of thousands of cases to ensure they are properly handled and area prosecutors and child care advocates say they have seen major improvement since the unit was overhauled.

But hundreds of pages of police memos obtained by The Kansas City Star detail how serious the unit’s problems were, describing 148 “severely mishandled” cases and noting that many cases sat idle for months, with 50 idle for more than a year, including a report of a 4-year-old girl who had been raped and infected with a sexually transmitted disease.

The failure to protect children and victims of violent crimes is not isolated to this one small incident. Even as violent crimes drop, the rate at which they are solved drops even faster. In most cases crimes of a violent or sexual nature are committed by a family member or someone the victim knows. In cases where a stranger is involved, the clearance rate for these crimes drops to almost nothing. The truth is that not only are police ineffective in solving the most egregious crimes, they are not very interested in them.

Revenue generation schemes, like the War on Drugs and speed traps, are a far higher priority for police – and that is nothing new. In the film (now available on Netflix) Who Took Johnny?, the father of one of the most reknown unsolved abduction victims in US history, Johnny Gosch, relates a tale of exiting a field during the search for his son after he was taken. As he approaches the road he sees an officer sitting on the side trying to catch people speeding. He told the officer to put down the radar gun and go look for his missing son. The officer did not. Johnny is still missing.

Go ahead and take a look at the Wikipedia list of unsolved deaths. Though it is far from being a complete list or absolute authority on matters, spend eight hours reading the entries. You will note over and over the failures, incompetency and corruption involved in police responses to violent crimes.

Police provide a monopoly on protection and investigative services which leads people to rely on them. Yet time and time again they fail to be effective where it truly counts. By doing so they actually make it less safe for the children by impeding new innovations that could solve and even prevent these terrible atrocities through their apathetic monopoly.

If you really cared about children, about violent and sexual crimes, you would stand against police. They not only stand in the way of solving and preventing them, police officers commit these atrocities at a higher rate than civilians. Police are not the solution, they are the problem. If you stand by police, you stand by depraved criminals and those who support them through their indifference, laziness and incompetence.