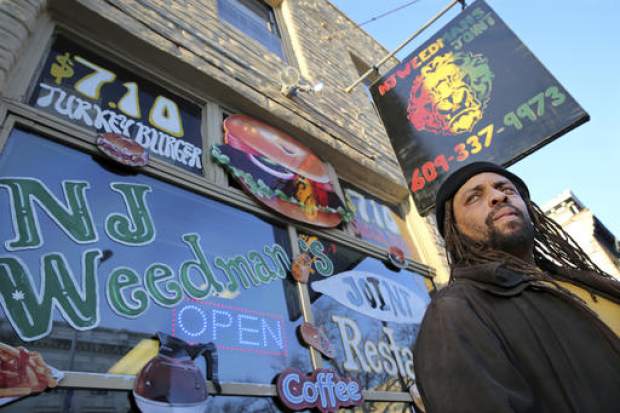 This story was originally published on The Freedom Paradox.

Trenton police have always had one of the worst reputations when it comes to allegations of abuse. The department is no stranger to lawsuits and complaints.  Recently though they have jumped to the center of a lot of people’s attention by targeting a well known, and even loved marijuana activist.

Edward Forchion is better known by the name “The New Jersey Weedman”. He is (obviously) an outspoken marijuana activist. Mr. Forchion has been a Trenton NJ resident, church owner, and small business owner for many years. Last year he opened “The Joint” across the street from city hall. The Joint is a business that sells chicken wings.

The Liberty Bell Temple is a registered church that operates next to The Joint. Mr. Forchion keeps the temple open at all hours of the night on most nights due to his late night services.

This is the basis of the beginning of a life changing ordeal that will possibly forever change the way the police in New Jersey are allowed to operate.

It all started when the city of Trenton Police started targeting his temple for selling chicken wings after 11pm. The city has an ordinance that says food establishments must close by certain times. However Forchion does close his business. It’s actually the temple that remains open.

That did not stop the police from issuing tickets every day and even harassing people outside. It was this harassment that put the police in an awkward position. The police made arrests and filed police reports that claimed a fight had taken place outside the temple. They did not realize that there were a number of security cameras that disputed their claims.

Forchion quickly took his evidence to court by filing a lawsuit against the city. Several weeks after that lawsuit was filed NJ.com reported that “NJ Weedman Has Been Raided By Police”. The raid happened so close to the lawsuit it made many news sources question a possible link.  NJ.com’s report of the raid is quoted:

It followed several complaints he made on social media and in news accounts that city police were harassing him and his customers.

Forchion had said until police started visiting him last month and in late February, he’d been operating the restaurant and temple without incident and growing a community “peaceful potheads.”

To top off the suspicious timing of this raid, the police also took all the cameras and footage that were on the property. Including the footage of the night in Forchion’s Lawsuit.

Forchion quickly filed yet another suit for his losses and asked for criminal charges against the police department. Those requests were not only denied, but the police sent Edward a letter informing him his beloved van had been crushed and destroyed.

A man can only take so much. So Edward finally decided to not be so nice about his resistance. He took to the outside of his business and started calling out officers loudly. He was yelling all of the crimes they have been committing against the community and getting away with. He called out a sergeant that endangered a child and an officer that was caught with a young girl under suspicious circumstances. He even held up a sign that said “F*** The Police”.

His supporters went nuts for him being so bold. They took to social media in mass numbers calling out the department and officers in particular. There were a number of memes created about the cops there and posted on social media. The page was so over run that the department took it’s Facebook page down.

Shortly after the page went down, a warrant for the arrest for Edward Forchion was served at The Joint. What was the charge this time?  Cyber-bulling. I know you find this unbelievable but this is totally true.

The Trenton police have proved to not follow the law. They are a rogue department in my honest opinion. The ACLU agrees.  After  hearing about the cyber-bullying arrest they have now stepped up and told the Trenton police that what they are doing amounts to a crime.

The police seemed to have backed off at this point. They have since kept their distance from Ed, but that’s only in person. They have kept sending fines in the mail every day claiming violations to the closing time code.

Aside from bail and legal fees, Edward now faces new struggles. People are afraid to eat at his place. In the past it was packed at any given time. People laughing and having a good time. People eating huge baskets of chicken wings. Just a plain good time. Today the mood has changed. It’s a long time to wait for court and the crowds have been replaced with single people. The funds to keep running and keep fighting are not a bottomless pit. Far from it.

Edward has faith though and his spirit is strong. He has beaten them before and he will do it again.  Every time Edward appears in court he has a brand new custom made suit courtesy of donors. He has so much community love and support. It’s a great thing to see. There will most certainly be a lot more developing with this story, so I encourage everyone to follow NJ Weedman.

IN THE MEANTIME. The Trenton Police have brought back their Facebook page and have added a legal sounding disclaimer to the top. The “social media experts” that designed the disclaimer were paid a sum of $7,300 by the city (taxes) to monitor and solve the city’s issue with people posting negative comments. The service provided was to compile a list of “agitators” and to create the disclaimer.

This writer is proud to admit to being on that list.

Find more stories from the freedom paradox at the link below.