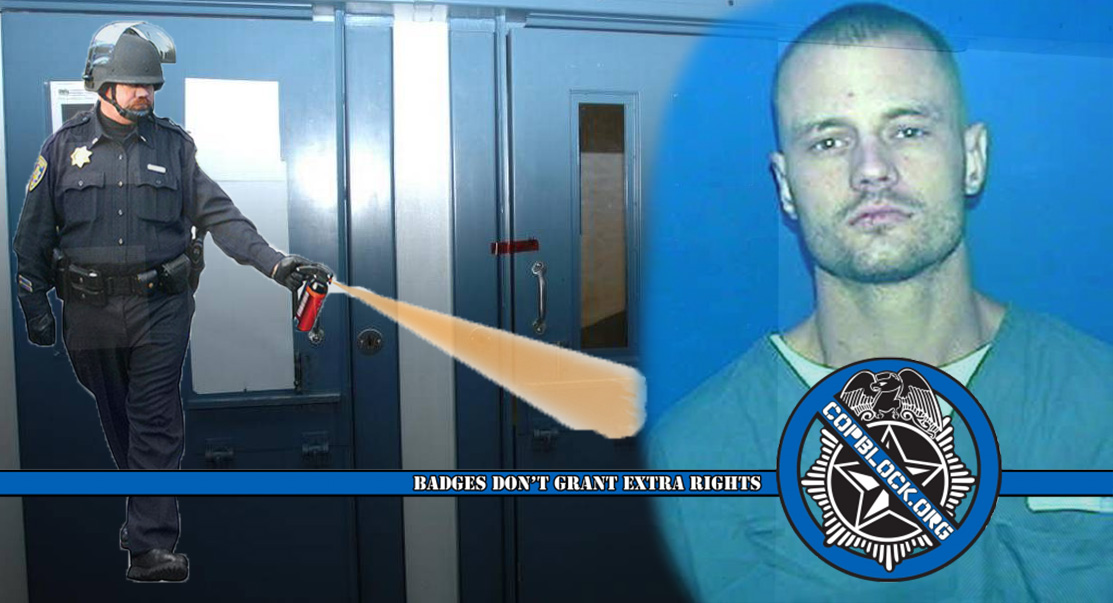 In a shocking new federal lawsuit, it is claimed that a Florida inmate was killed by corrections officers, who tortured, beat and gassed him to death.

According to the lawsuit, 27-year-old Randall Jordan-Aparo was serving time at Franklin Correctional Institution for credit card fraud where he was found dead in his cell wearing only his boxer shorts in March 2010.

Jordan-Aparo suffered from a genetic blood disorder, which had flared up and worsened. After doctors and nurses refused to treat him, he complained – and as a result – was forced into an isolation cell, where he was gassed until he could no longer breathe, the lawsuit states.

According to a Miami Herald investigation, Jordan-Aparo was subjected to 600 grams of chemical agents (pepper spray and tear gas) in a confined space, well over lethal levels. He was found in his cell coated with an orange residue.

Filed on behalf of Jordan-Aparo’s 12-year-old daughter on Monday, the lawsuit alleges murder by the corrections officers and accuses nurses, doctors and the warden of the prison of a cover up by which they removed evidence, doctored reports and threatened witnesses.

A state panel ruled in June that the prison agency violated its own policies by spending more time investigating inspectors than it did looking into claims of abuse like those alleged in the Jordan-Aparo case. A total of four inspectors are suing the agency, accusing it of cover-ups, inmate abuse and political interference that goes up the chain all the way to Florida Gov. Rick Scott.

One of the inspectors even detailed the cover-up surrounding Jordan-Aparo in a tape-recorded interview in 2013 – but to date, no one from the Florida Department of Law Enforcement or the FBI has interviewed him or other witnesses in connection with the death.

According to the lawsuit, Franklin Correctional Institution warden, Diane Andrews, prevented investigators from interviewing witnesses and authorized the gassing of Jordan-Aparo, even though his medical records stated that he suffered from a disability that complicated his breathing.

The lawsuit also provides witness statements from several inmates who say that Jordan-Aparo had been begging and crying for medical help – and had threatened to sue the nurses, demanding that they take him to the hospital – when officers began spraying him with chemicals.

An autopsy in the case ruled that the death resulted from complications from “multiple cardiac and pulmonary abscesses,” and noted that Jordan-Aparo may not have died had the officers, doctors and nurses ensured he received proper medical treatment.

The autopsy did not attribute the death to the chemical spray but the attorney representing Jordan-Aparo’s 12-year-old daughter in the lawsuit said that no evidence from the cell, including photographs of how Jordan-Aparo was found was reviewed as part of the assessment.

“It shouldn’t take six years to bring charges in this case,” the attorney, Steven R. Andrews said. “This is not a whodunit.”

A Florida Department of Corrections spokesperson would not comment on the lawsuit but said that the agency was “assisting’’ in the joint FDLE/FBI probe of the death. Additionally, the FBI has made no comment about their investigation and a spokesperson for the U.S. Attorney’s Office for the Northern District of Florida claimed to have “no information” about the case.