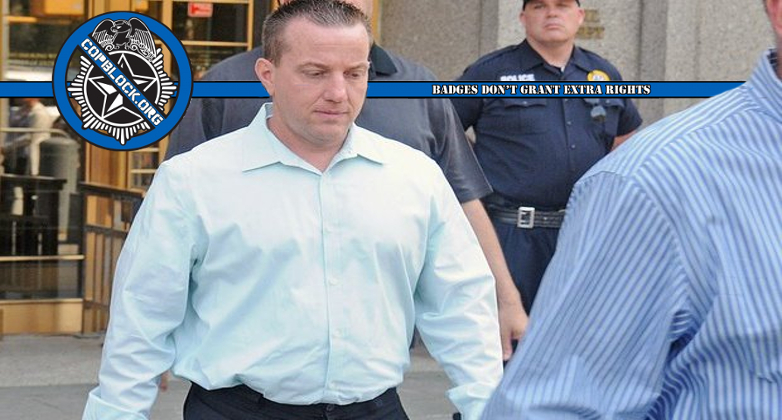 Lt. Peter Salzone shot himself multiple times in the stomach on Friday, had been recently told by the feds that he was wanted for questioning as a witness in their ongoing corruption probe. To add insult to injury the NYPD placed him on modified assignment and stripped him of his badge and gun while he was still unconscious recovering from his self-inflicted gun shot wounds. The probe is directed at four upper echelon NYPD officers who were accepting bribes, in the form of vacations and prostitutes, in exchange for police escorts, department access and gun licenses.

Salzone is the second officer to attempt to kill himself in the wake of this investigation. Last May Michael Ameri, the well-respected head of the NYPD’s Highways Division, took his own life after being questioned by federal investigators as a possible witness in the case.

Ironically Salzone was the Integrity Control officer for the 19th precinct and was in charge of overseeing that no officers were violating any department regulations or protocols.

Sources close to the investigation were confused as to why Salzone would have tried to take his own life.

“The job and their image means everything to some people,” one source said, trying to explain why an officer who was only a “witness” in a case might still shoot himself. “It’s about appearances, and perhaps the guilt of having to talk about close associates or friends.”

Now four officers have been arrested for their involvement in what has been labeled “Cops on Call”, due to them serving at the pleasure of these wealthy executives. Deputy Inspector James Grant, the former commanding officer of the 19th and 66th precincts. Deputy Chief Michael Harrington, the former second-in-command in the housing bureau, and Sgt. David Villanueva, who worked in the department’s licensing division, were arrested at their homes on public corruption conspiracy and bribery charges, sources and prosecutors said.

Jeremy Reichberg and Jona Rechnitz the businessmen charged in connection with the probe were heard boasting about their political prowess and how they could make anyone the police commissioner. Reichberg was arrested on fraud and conspiracy charges. Rechnitz was arrested for his part in a separate bribery scheme involving Seabrook, who accepted $65,000 in exchange for funneling $20 million of his union funds into a hedge fund run by a friend of Rechnitz, who was charged as well.