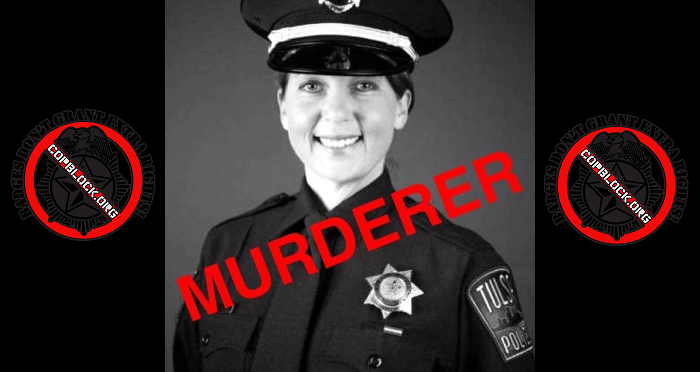 Betty Shelby, the law enforcement officer who shot and killed an unarmed man who had commited no crime and was complying with orders in Tulsa, Oklahoma is now facing a manslaughter charge.

The announcement was made by Tulsa County Prosecutors on Thursday afternoon, less than a week since the innocent man was brutally killed. If convicted of manslaughter she would face up to four years in an Oklahoma prison.

His killing and the video has sparked nationwide outrage. It is one of the most clear cases of a wrongful police killing ever recorded. Crutcher had not broken any laws, but was treated immediately like a suspect in a crime. Even though he complied with unlawful orders by Tulsa police, he was tased then shot. He died a short time later.

Since most officers who kill never face any kind of discipline or legal recourse, many will rejoice this turn of events. However I would like to point out that this was not manslaughter.

From The Law Firm of Oklahoma:

Any time one person takes the life of another, a homicide has occurred. While not every act of homicide is criminal—self defense or military combat, for example—intentional deaths or accidental deaths resulting from criminally negligent acts are prosecuted as felonies.

Murder, which may be charged as either first degree or second degree murder, is often marked by intent. Manslaughter, on the other hand, may occur as a result of criminal negligence or rash actions in the heat of passion.

Criminal negligence refers to an accident which leads to an unintended crime. The firing of Shelby’s weapon was by no means an accident.

Rash actions in the heat of passion does not seem to apply either. This is usually what would be claimed if a lover killed their spouse or someone they were sleeping with. It is also used in mutual disagreements that escalate, and end with one party acting irrationally criminal. In this case, Crutcher was not involved with Shelby or her passions in any way. Her passions arose from her own fear and stupidity – and her police training.

That training guided her. It was her intent, her motivation. This was murder.

To call this an act of manslaughter is to somehow make Crutcher complicit in his own death. He was not.

This is not justice. This is a bone thrown to distract us. And if these charges stick all the way to trial, and she somehow loses, you can bet she will not receive the maximum penalty. Do not extinguish your outrage, this justice is cold and unsatisfying. We will not be placated.