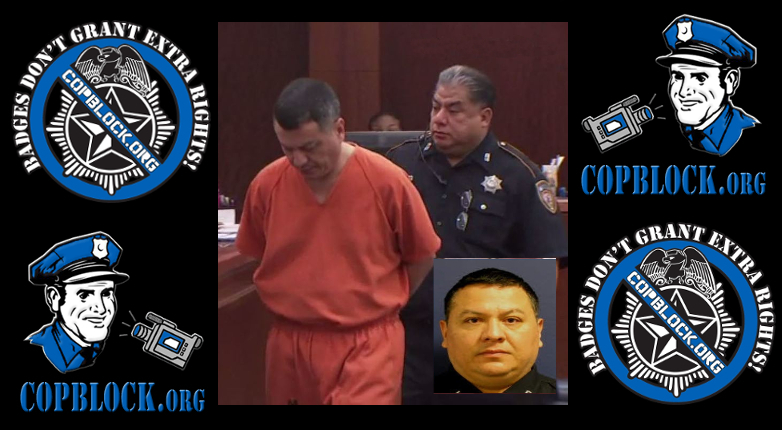 Officer Pedro Gonzalez, who was already suspended from the Houston Police Department after being arrested for drunk driving, has now been arrested after threatening to kill his wife and go on a shooting spree.

On Thursday (Aug. 25), police were called to a West Houston office building along the Katy Freeway near Kirkwood. Gonzalez’s wife works in the building.

According to court papers, he confronted her in the parking lot and threatened to kill her.  She told investigators he was going to kill her, shoot up the whole building and turn the place into a “meat market.”

Police arrested Gonzalez at his apartment near the 3000 block of Memorial Court.

The day after his arrest, Houston’s acting chief of police was so concerned, she issued an officer-safety alert.

That’s because Gonzalez allegedly threatened to not only kill his wife, but kill his fellow police officers and then himself.

Fortunately, this Hero was stopped before he was able to start his War on Cops (by cops). When you see all the reports of cops beating their wives and family members, shooting innocent unarmed people, or even going on (generally unannounced) actual shooting sprees it kinda makes you question a few things about them and the people hiring them.

It’s almost like if someone gave a bunch of violent, mentally unstable people an arsenal of guns and surplus military equipment then made sure they knew they could get away with murdering people without facing any sort of real consequences, if any at all.

Nobody is that stupid, though.