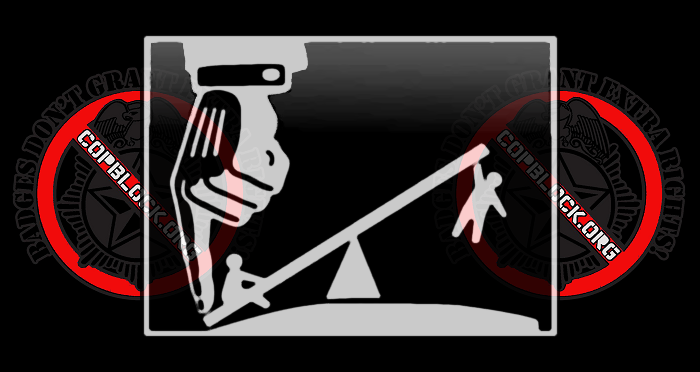 While there are undoubtedly differences in the ways blacks are treated from whites culturally and institutionally, the term white privilege is not just a conversation stopper, it contains embedded messages that are empowering to those cultural and institutional practices – especially in regards to policing.

The term ‘white privilege’ gets thrown around a lot these days. Most often it comes from middle class white people who wish to show solidarity with lower class blacks. It is certainly a generous effort, which I believe to be entirely good-natured and well-intended. At the same time it is also divisive and fails to recognize the complexity of the situation.

First of all, not all whites cash in on that privilege. Some of them, or their loved ones, are victims of the same egregious abuses by police and the state that blacks suffer. When these people hear you announcing how privileged they are, you might not be surprised that it is dismissive and hurtful to them. Dismissing people with grievances similar to yours is not a good way to make allies of them, and since we all have a common enemy in the police state, creating allies is far more important than fighting over who is the biggest victim.

Police abuse should not be happening at all to anyone, regardless of race, gender or any other categorical differences between individuals. Arguing over which group is getting abused worse distracts from the issue – which is that it is happening at all.

When you tell a white person they have privilege because they are less likely to receive abuse, you are excusing the abuse itself and conceding the main point to be the likelihood.

Should we really be calling getting beaten less a privilege? Why are we focusing on fairness in beating distribution rather than addressing the source of the beatings and the fact that it is wrong every time it happens?

Isn’t that setting the bar a bit low? Why are we accepting any beatings at all? Why aren’t we all, past and possibly future victims of police, joining forces rather than bickering over perceived favoritism?

Not being subject to bigotry is not a benefit. Respectful benefit-of-the-doubt and non-suspicion should be the minimal basis of human interaction. Expressing that a lack of negative outcomes is a benefit normalizes prejudice, and thus empowers it.

There are certainly a lot of ways that just being black can work against you, culturally and institutionally. But this doesn’t mean that the culture and institutions are working for all white people, either. In actuality it is only working for police and for the ruling elite whose interests they protect.

Meanwhile police and the ruling elite are benefiting over the infighting of their victims. The white privilege narrative acts as a distraction, which diverts our attention and focus from the common source of our problems. It has prisoners beating prisoners, rather than unified rebellion against the abusive guards.

There is no victory in equal oppression.

Let’s face the oppression and the oppressors together, and stop pointing fingers.

Most importantly, even if police treated us all equally, they would still be our enemy. They would still be forcing their services on us, enjoying a monopoly on force, funding themselves by stealing from us and enforcing immoral laws that destroys lives for their own benefit.

If you want to talk about privilege, talk about the undeniable but rampant class privilege and blue privilege. That is where a healthy, productive and inclusive conversation begins for all of us.

Yet this works both ways. Not only should the people using that misguided term find better ways to communicate their frustrations and concerns, so should those who think they have a monopoly on truth and are treating the people using the term as enemies. None of us are one another’s enemy. We all have one common enemy – police and the state. Let’s find ways to communicate that without any self-righteousness or competitiveness, and then we can work towards a mutually beneficial victory together.