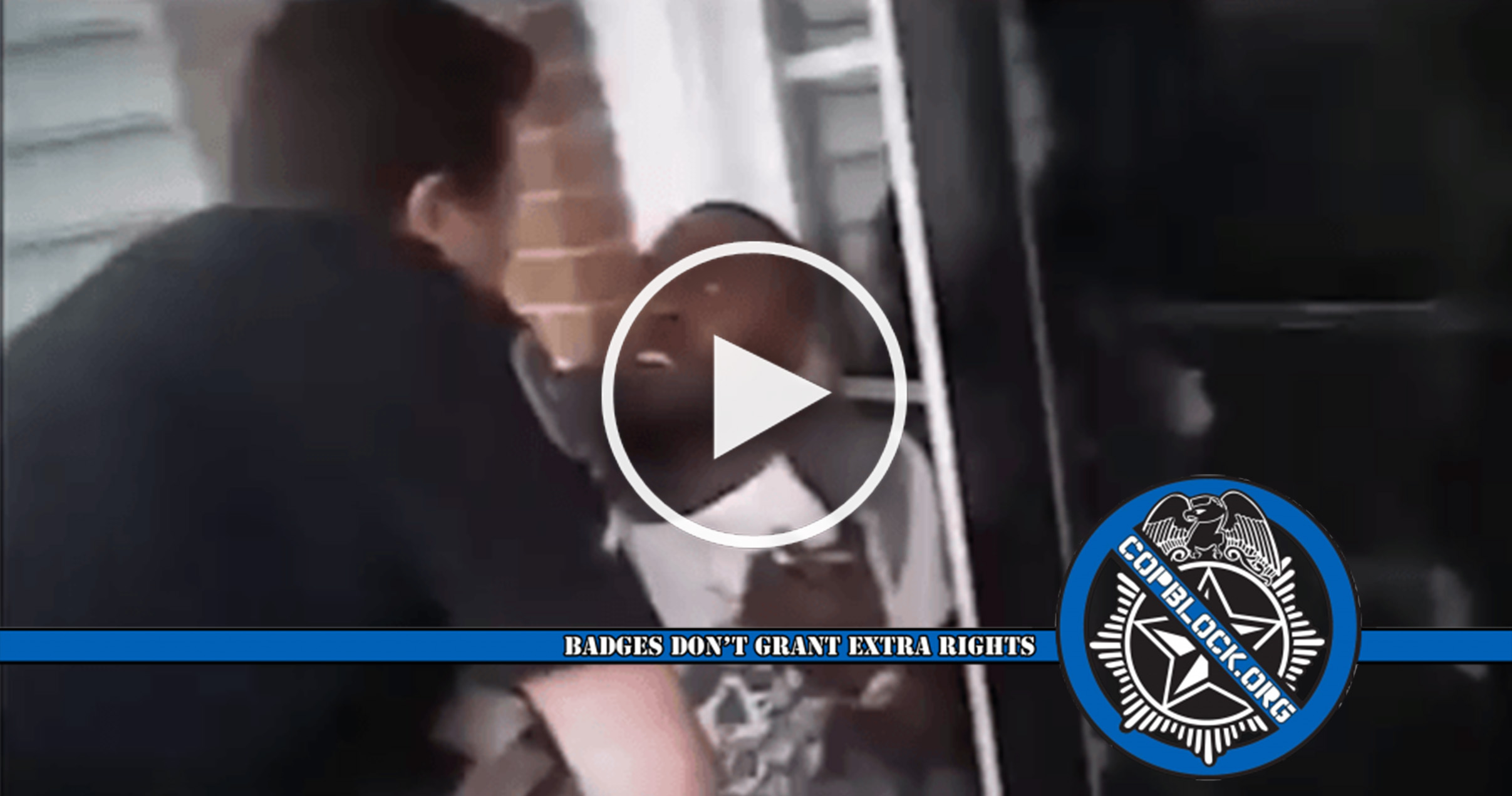 Video has emerged showing a Greensboro, North Carolina police officer brutalizing a compliant man after receiving a call about a suspicious person at his mom’s home.

Officer Travis Cole had responded to the house of Dejuan Yourse’s mother on June 17 following a call that indicated a man was viewed with a shovel attempting to break in. Body-cam footage recorded from the scene first shows a female officer approach Yourse.

Yourse, who was standing on the porch, tells the cop that he lived at the residence and was getting the shovel out of the yard while he was waiting on his mom. The female officer returns to her patrol car and begins attempting to verify the owner of the home.

Meanwhile, Cole then approaches Yourse and asks him, “What’s with the shovel? They said you tried to open the garage door with it?”

Yourse responds by saying that wasn’t true and that he was just attempted to pry the door up enough to see if his dog was inside, and states that he had lived at the residence for 10 years.

“I don’t have a key,” Yourse responds and then tells the officer that he lives at the home “in and out” – and that his mother had told him to wait on her so she could give him some money.

Yourse then tries unsuccessfully to call his mother on speaker phone to corroborate the story. “Its a shame that I cant even sit on my own mother’s porch without someone calling the police,” Yourse says. “That’s crazy.”

After some conversation, the female officer returns from her patrol car and asks for his ID. He gives it to her and she returns to run his name. Yourse then attempts to walk by Cole in order to take him to a neighbor’s house to verify his story. As a result, Cole pushes him back slightly and says, “nah nah nah, sit down,” and things escalate.

“Are you going to have papers or something?” Cole asks.

“No I ain’t got no papers that I know of,” Yourse responds and then, while sitting in a chair on the porch, calls someone on the phone and tells them to come to his mom’s house because the police are harassing him.

Cole grabs the phone and tells Yourse to put his hands behind his back. The officer is then seen on the body-cam footage punching Yourse in the face and dragging him down onto the porch before he is handcuffed. While on the way to a patrol car, Yourse is taken down again. Cole and the female officer then keep him on the ground while other officers respond.

Following the incident, an investigation was launched and Cole resigned from the Greensboro police department in August. Because he resigned however, charges against him were dropped – meaning he would likely be able to work as an officer at another department.

The footage was released on Monday by the Greensboro City Council. Members called the incident an example of “disturbing” excessive force and “wrongful conduct” during a press conference.

The eight member council voted unanimously in favor of a resolution calling for the permanent suspension of Cole’s law enforcement certification. Greensboro Mayor Nancy Vaughan apologized to Yourse and called what occurred “ugly.”

Yourse is expected to pursue civil action in the case.