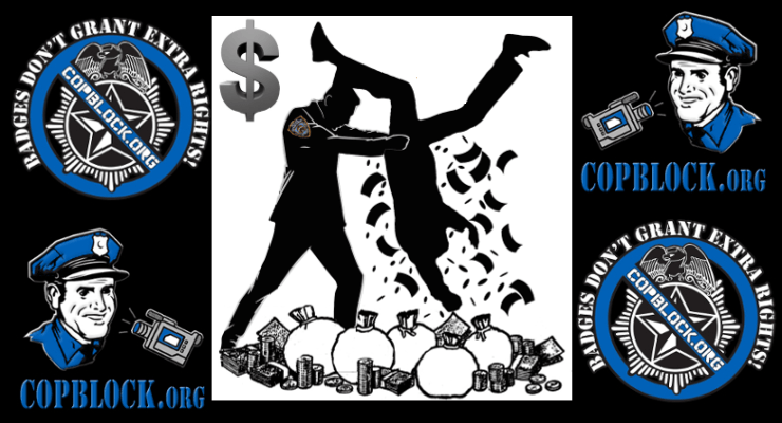 The following post was shared with the CopBlock Network by Martha K. Huggins, via the CopBlock.org Submissions Page. The post was originally published at the dailygazette.com under the title, “Police Brutality Raises Costs to Taxpayers.”

Martha K. Huggins is a Tulane Professor Emerita and scholar of Brazil, who has researched police violations of human rights in Brazil for 40 years. Huggins is now transferring that work to the US, where she is studying municipal government and the insurance industry’s direct complicity in promoting, covering up, and hence rewarding police violence.

Schenectady’s City Council has voted to use the general fund to pay the already bargained 2 percent raise for police. I assume the annual $2.5 million casino licensing fee — 80 percent of it — will now go for public education? Education must never be back-staged by ravenous “public safety” interests, yet addressing a police raise from the general fund is very problematical.

About 53 percent of Schenectady’s general fund comes from property, sales and use taxes, with the general fund’s single greatest expense, “law enforcement” — mostly for police salaries and pensions.

Schenectady police enhance their salaries with overtime, which elevates officers’ base pay and raises the city’s pension indebtedness.

But the most bitter aspect of “risk-managing” police brutality is that the poor — statistically most likely to be abused by police — are those whose taxes go disproportionately toward lawsuit payouts and police salaries.

Schenectady must freeze police salaries, and now that a police chief is in place, a transparent system for evaluating police merit collaboratively must be worked out among city managers, taxpayers and the Police Benevolent Association (PBA). A public educated in city schools enhances “public safety;” police who violate civil rights weaken security and are taxpayer costly.