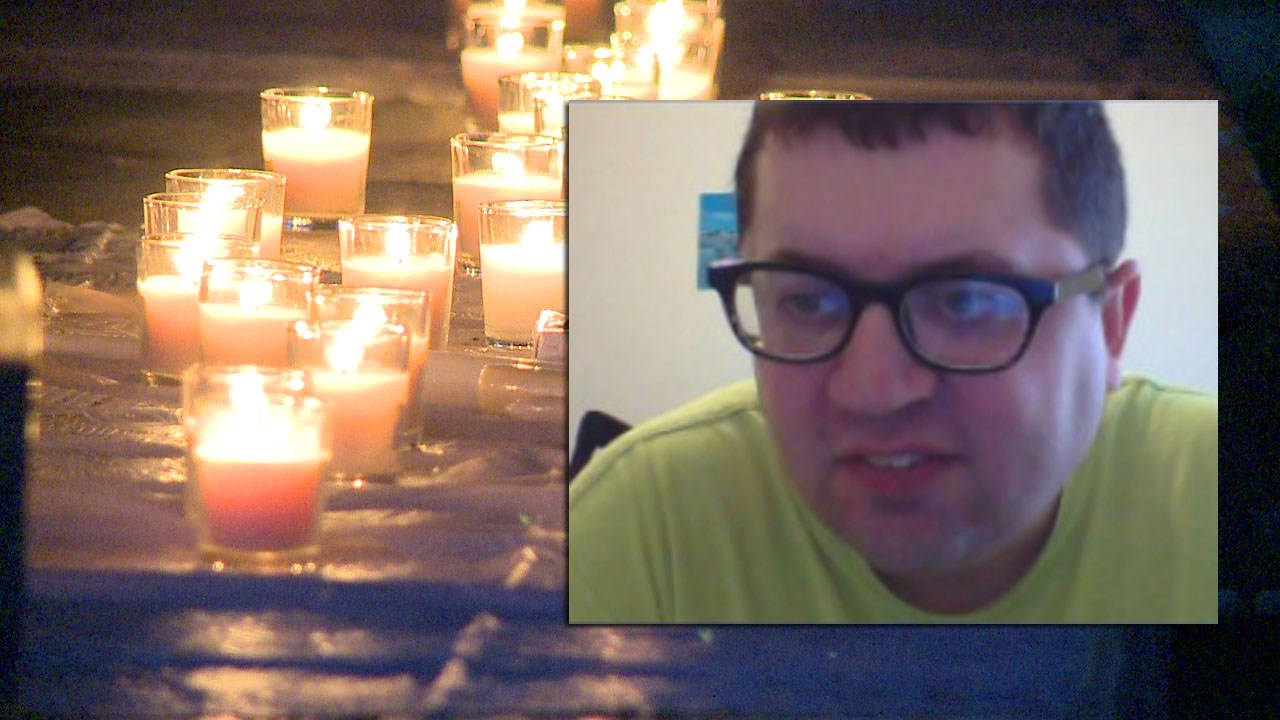 The Ellis county attorneys office has broken their silence and claimed that Sgt. Brandon Hauptman shot Joey Weber, a special needs adult out of fear for his life. The interaction started with a traffic stop that turned into a short pursuit and ended with Sgt. Hauptman shooting Joey who may or may not have understood why he was being chased in the first place.

For those that do not understand nationwide protests against wrongful police shootings, Hays, Kansas may be able to shed some light on the situation for you. After over a month of silence, Ellis County Attorney Tom Drees announced today that Sgt. Brandon Hauptman shot autistic Joey Weber out of “fear for his life.”

Drees hid behind Kansas statutes for over a month before even confirming Weber’s name.

Drees’ handling of this shooting was despicable, to say the least. Before Weber’s body was cold, Drees began hiding behind statutes created to protect officers in Hauptman’s situation. Drees claimed no video existed, which now he says there are dash cam footage and audio recordings. Both recordings will never see the light of day, as Drees continues to hide behind those statutes.

Drees attempted to keep as much secrecy around the shooting of Weber as humanly possible. However, the disgusting nature of an unarmed autistic man being shot by police would, in the end, become his greatest adversary.

Despite statutes protecting the officer involved in the shooting, The Daily Haze was able to identify Sgt. Brandon Hauptman as the officer responsible for shooting Weber almost one month ago. People close to the shooting made the conscious decision that if Drees would not say anything, they would.

Who is Sgt. Brandon Hauptman?

Hauptman is a 9-year veteran of the Hays Police Department. He graduated from the Kansas Law Enforcement Training Center on December 21, 2007, and went directly to the Hays Police Department. Aside from being the Bike Patrol Coordinator, Hauptman was also the Assistant Team Leader for the Special Situation Response Team. Hauptman even lit the torch for the Special Olympics run that went through Hays, Kansas.

To say that Hauptman would not be able to identify someone with special needs is a farce. If by some chance it is true that Hauptman was not able to see Weber was a special needs case, he has no business being an Assistant Team Leader for the Special Situation Response Team.

The press conference over one month in the making.

Today, at a press conference, Drees claimed that on August 18, Hauptman pulled over Weber, who was being non-compliant. When attempting to make an arrest, Weber somehow managed to get back into his vehicle and drive away.

Rookie officer Evan Cronn acted as Hauptman’s back up during the 1.1-mile chase of Weber, which ended in front of New Age Services. New Age Services is a community center for those with special needs that Weber attempted to run to after stopping his vehicle.

It can only be assumed that Weber chose this location out of his raised anxiety and confusion. Hauptman, being involved with the special needs community and an officer of 9-years had to have known what New Age Services was. If not, again, Hauptman has no business being an Assistant Team Leader for the Special Situations Response Team.

Drees said that Hauptman used a “sweeping motion” to bring Weber down. When Weber went to the ground, Hauptman got on top of him. It was at that time that Drees claims Weber was continuing to disobey orders, and reached for Hauptman’s gun. Hauptman placed his gun to Weber’s chest and fired one shot. In all, it only took 8 minutes for Hauptman to take Weber’s life.

The Daily Haze has yet to publish one account of the situation from a witness to the scene. This is due to lacking confirmation, as the witness account was told to TDH through a third party. After Drees’ press conference giving confirmation of the accounts, today we will be working to get in contact with this witness.

Another justified police shooting for the State of Kansas.

As of now, it appears that Weber will be one of the thousands of victims of police shootings to be dismissed due to an officer “fearing for his life.” Video of the shooting will go to collect dust on a shelf with all of the other evidence from police shootings the State of Kansas keeps hidden in their vault.

Kansas appears to be a state dedicated to protecting their police officers, not citizens. Aside from iron-clad statutes created to protect officers involved in shootings on almost every level, we were unable to find one instance where a Kansas officer has been charged in a police shooting. Not even convicted, just charged.

At this time, Drees claims Hauptman remains on administrative leave, despite several witnesses claiming Hauptman recently worked a parade in Hays. Cronn is back was placed back on patrol prior to today’s press conference.