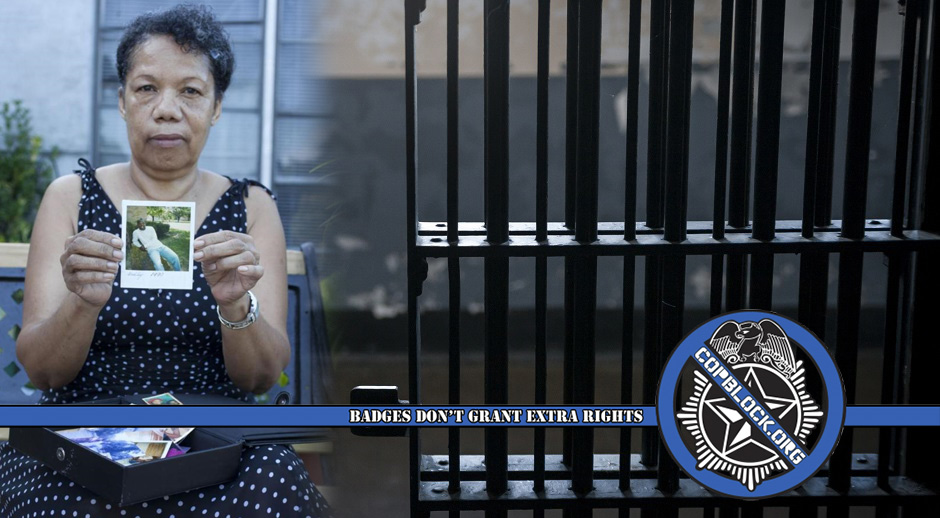 A lawsuit has been settled with the mother of a mentally ill man found in his cell at Rikers Island Prison covered in vomit and feces with a rubber band tied around his genitals after being refused food, water, and medical care for a week.

Settled with New York City for $5.75 million, the lawsuit said schizophrenic and diabetic inmate Bradley Ballard, 39, violated his parole by not reporting an address change and was first taken into custody in June 2013.

He was then sent to the psychiatric prison ward at Bellevue Hospital Center in July, where he was housed for 38 days before returning to the Rikers mental health unit.

On Sept. 4, he was locked in his cell as punishment for dancing in an inappropriate way that offended a female correction officer, according to the lawsuit.

“Not a single nurse, doctor or other medical or mental health provider entered his cell” during his seven day confinement, the lawsuit said. “Rather than provide the critical care required,” medical staff and correction officers, “who knew that Mr. Ballard could not survive without medication, essentially stood by and watched as [he] languished, deteriorated and ultimately died.”

The lawsuit added that the rubber band found tied around Ballard’s genitals, had been placed there by himself – and had led to a severe infection. The New York City medical examiner ruled the death a homicide, with a toxic buildup of acids from lack of insulin medication as one of the causes.

The settlement, which is the largest the city has ever paid out over the death of an inmate, was agreed to on Tuesday by the de Blasio administration. Attorney Debbie Greenberger called the amount “historic ” but said the “stunning and unconscionable” suffering experienced by Bradley could never be matched.

A New York City Law Department spokesman said the settlement “was fair and in the best interests of the city.” Mayor de Blasio, who wasn’t mayor at the time of Ballard’s death, refused to renew Corizon’s contract with Rikers last year and has since installed a new Corrections Commissioner.

“Bradley Ballard’s death was a tragedy and our hearts go out to his family,” the new commissioner, Joseph Ponte said in a statement. “We have zero tolerance for the mistreatment of any inmate.”

Attorney Greenberger said that officers involved in the incident still have jobs, that none of them faced any “significant salary consequences,” and that at least two of them have received promotions.