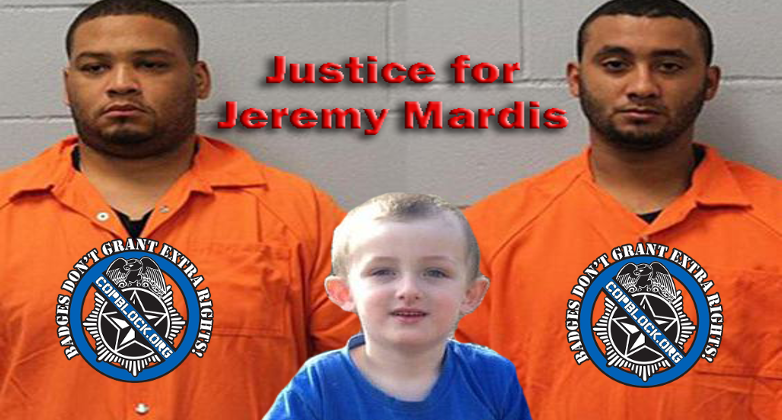 This article was originally posted on The Freedom Paradox.

On November 3, 2015, Officer Norris Greenhouse Jr. and Lt. Derrick Stafford fired 18 shots into a vehicle they had been pursuing. Six-year-old Jeremy Mardis was hit five times, and was pronounced dead at the scene. His father, Christopher Few, was wounded, but survived.

As part of a preliminary hearing, the body cam footage has been released showing that the vehicle had been parked & Mr. Few had his hands up at the time of the shooting. The footage also reveals a sickening truth: little Jeremy did not die instantly & the officers might have been able to save him.

It took the officers seven minutes after the shooting to check on Chris & Jeremy. Had they checked sooner, they would have discovered Jeremy was alive. Officer Kenneth Parnell III, can be heard saying “Oh my God. He has a pulse. It’s weak.” Let me repeat that, Jeremy still had a pulse, seven minutes after the shooting. He was not dead- he was dying from his wounds. And the officers did NOTHING. They did NOTHING to try to save this little boy that they had just shot. They did not call the EMTs. They did not try to stop the bleeding. They did not act frantic to help him. They stood around conversing and let a six year old die.

It was that moment that made me sick. Even without any sort of training, I would have reacted. Granted, it’s with a heavy heart that I know not much could have been done by that point, but I would have at least TRIED. Who would be so callous that they wouldn’t even TRY to save a little boy?– especially after being the ones who caused his fatal injuries!

The life of a child cannot be replaced. I hope the juries in the state of Louisiana do right by Jeremy and convict those officers. Time served in prison won’t justify his death, but at least it will be some form of accountability for their recklessness. We’ll know come November 2016 & March 2017 when the officers’ trials are scheduled to begin. Until then…