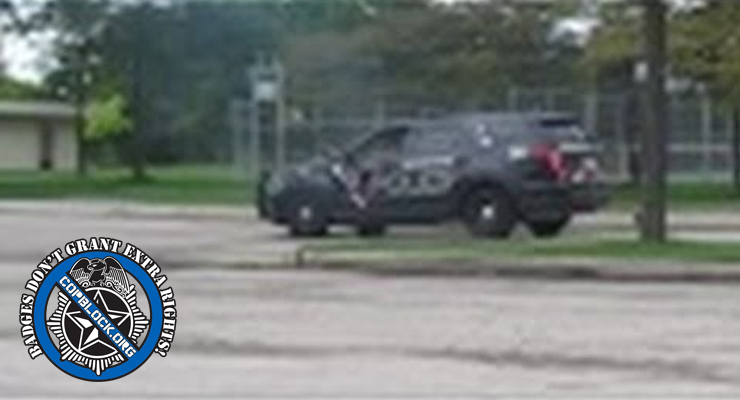 Outwardly, Wauwatosa (Tosa) Wisconsin’s Hart Park resembles any other suburban, family-oriented public space. You’d scarcely imagine that it’s grounds were the epicenter of a massive police crackdown just two years before.  Its echo endures, however, from abandoned messages, to tales that the crackdown never really ended.

From late 2012 to mid-2014, the Wauwatosa Police Department conducted large-scale targeting of a particular type of local teen hangout. As long as most Tosa residents can recall, teens and others have built deadwood forts out in the woods. Wauwatosa has several beautiful parks, some home to rather dense urban woodlands. Each fort possessed a unique name, and was normally diligently maintained by builders. Some destroyed by WPD’s crackdown included The Hamhock, The Locker–AKA Davey Jones’ Locker–and Acid Shack.

Several factors contributed to Tosa PD’s decision to respond to the fort activity. Firstly, periodic drug and alcohol use did occasionally occur at some spots, even raging parties. Not all fort goer’s were responsible for this part of the tale, but all shared the consequences. Original fort creators interviewed for the 2015 documentary Speak Friend And Enter made it clear that their original purpose were as outposts from which to enjoy nature.

One graduated Wauwatosa high school student, Taylor–an original builder–recalls how quickly things escalated. It began with younger kids she didn’t recognize discovering the forts, and using them disrespectfully. It continued as their presence grew, security degraded and then, seemingly overnight, WPD came. The operation hit hard and fast, coinciding with a period in Tosa where all teens, regardless of background, became fair game.

Secondly, the department was experiencing a multi-faceted funding and staffing crisis. In 2013, Wauwatosa Now reported on a rash of retirements whipping WPD’s capabilities. Around 10% of Tosa PD left inside a four month period, affecting its entire ranking structure. The department then traded “experience for youth”, as Wauwatosa Now put it, to supplement its losses. And then there was the redaction policy.

The policy–which helped lock down WPD’s information from the public and journalists–was enacted after a 2012 federal court ruling. Although intended to prevent privacy violations in public reports, it brought the wall down in Tosa. Increasingly stripped down public reports ceased publication altogether at one point. Wauwatosa Now apologized for their lack of reports, as WPD wasn’t providing them. Police officials claimed the dry spell stemmed from the mandatory policy, a lack of manpower, outdated technology.

Federal funding for Tosa PD SOG (Special Operations Group) also dipped from around $72,000 to about $4,000 in 2010 within a year. In 2011, as reports of misconduct from teens spread, SOG captured nearly 9 times the amount of cannabis than the previous year. Annual reports from 2012-2014 show that SOG also began “collecting and analyzing cell phone data” through undisclosed means.

WPD ignored Cop Block FOIA’s to determine if the department has used cell site simulators, or stingray’s, for around 5 weeks. After a contributor blasted the delay on their Facebook page, WPD stated they’ve never utilized or participated in the use of stingray. It remains unknown how the department collects and analyzes data, and how this is different than methods of years past.

When the crackdown came, some teens were so paranoid that rumors of camera’s in the tree’s of a particular park floated about. They had good reason to, especially if stingray was used during this operation. Many teen’s interviewed for the documentary Speak Friend And Enter–which investigated the crackdown–described how police seemed to omnisciently stalk them. WPD blurred the line between surveillance, and deliberate psychological shock.

Some were unlucky enough to be ambushed by undercover officers who’d lurk the woods day and night. One boy, Adam, described how undercover officers–who’d recovered three grams of cannabis–slashed his bike tires with his own knife, broke it, then returned it. Adam was never charged or ticketed, and recalled officers including “the big guy”, allegedly a sergeant, “wanted everybody’s names.”

Uniformed officers sometimes assisted undercovers like the one that jumped Adam. Taylor recalled running from police shining flash lights in the dark attempting to locate her and friends. Although they escaped, their fort was located and burned by WPD later on. Teens allegedly fled across the river as officers descended that day, one with a can of gasoline.

It’s now been over two year’s since the last of those officers disappeared, and that teen generation moved on. Most assume what once occurred no longer is, or at least hope. The author of this article recently went back to Hart Park–now over two years since the crackdown ended. Hart Park’s face is that of a field for the high school football team, tennis and baseball courts, picnic spaces, skate park, and a recreation center. Moving past all this reveals the woods, where WPD once concentrated their activities.

The first of two graffiti littered bridges leads you across a river and down a bike trail. On either side stands lofty tree’s stained deep brown from recent Wisconsin rain. Some graffiti reads “I love you sober”, “stay sober”, “FTP”, and “Warning, Tosa undercovers are around”. None were sighted when Cop Block contributors visited last month. Hart Park’s forest terrain is hilly, and doesn’t go back as deep as it may seem from the outside. Just a few years before, that very same bike path was frequented by WPD bicycle patrols every 15 minutes. The undercovers patrolled the inner woods, and squad cars would cruise down the nearby parkway.

One of the first hill’s you might notice, towards the right on the forest’s edge, was actually a hang out once called “the biker bowl”. It wasn’t a fort, just a rallying point for several groups of kids, even non-fort dwellers. If you ever visit Hart, be sure to go off the winding paths to stumble upon the best stuff.

During their visit, Cop Block contributors encountered a destroyed fort reputedly built last year. Short of being burned, it was destroyed in much the same way as those prior to 2014. Yellow tape had been placed on some of its branches, as if to mark that it’d been destroyed. Another fort, likely built by a family instead of teens, has stood untouched since the crackdown ended. It sits just off a main path, and lacks signs of recent activity. The rest of Hart is void of the numerous forts which once occupied its deceptively protected confines. One of the most famous, called “the teepee”, sat at the bottom of a steep hill. Rumor has it that it was broken in a storm, and no builders returned due to the intense police presence. Another, much older fort built before 2012 continues to stand, and age. The exact location will be withheld so to best preserve it from destruction or abuse.

There’s something subtly ominous about Hart Park, and many Tosa parks for that matter. Deep woods often give the illusion of solitude, like a shielding cloak. Perhaps that’s partly what led to some teens letting their guard down, and attracting WPD’s attention. Teens continue to frequent the park, most visiting remaining forts rather than build there own. Some are aware of the crackdown, either through rumors or the documentary. Most don’t report police activity on the scale of 2012-14, but not all.

The following account was provided to Cop Block contributors by a anonymous Tosa high school student. It’s feature’s echo Tosa’s shallow past, from the uncertainty to the utter bizarre nature of most of WPD’s actions during the crackdown. It was obtained a week or so after the return to Hart Park.

“What occurred in chronological order:

We were sitting in the woods of hart park. It was me and about 4 other people. Suddenly a rustling noise draws our attention. As we looked up, we were startled to find a young boy who looked about 8 or 9 with a bike, wearing a helmet. A pretty normal sight at first. Until we noticed that, attached to the helmet, was a small but obvious camera that was pointing right at us. This was no ordinary kid minding their own business in a public park, this child was acting odd. He was staring at us in a manner where one might wonder what he wanted from us, a group of random high schoolers. (We began to assume we were being filmed, as the camera appeared to be on.) After waiting for the child to say something, one of my more impatient friends stood up and said “What do you want? Are you recording us with that?” as she pointed to the blinking camera that sat atop his helmet. The boy said nothing as he stared at her ominously. He then looks around, and nods his head sheepishly. As though he did not fully understand what he was doing, or had been told to do something. After another friend asked him to kindly be on his way, the boy finally walked off and we did not see him again that night. Also, this was an evening full of Tosa PD SUV sightings and being scoped out by the local cops, just for sitting on a bench in a park as a group of friends, on public property, on a Friday afternoon.” – Anonymous Tosa Student