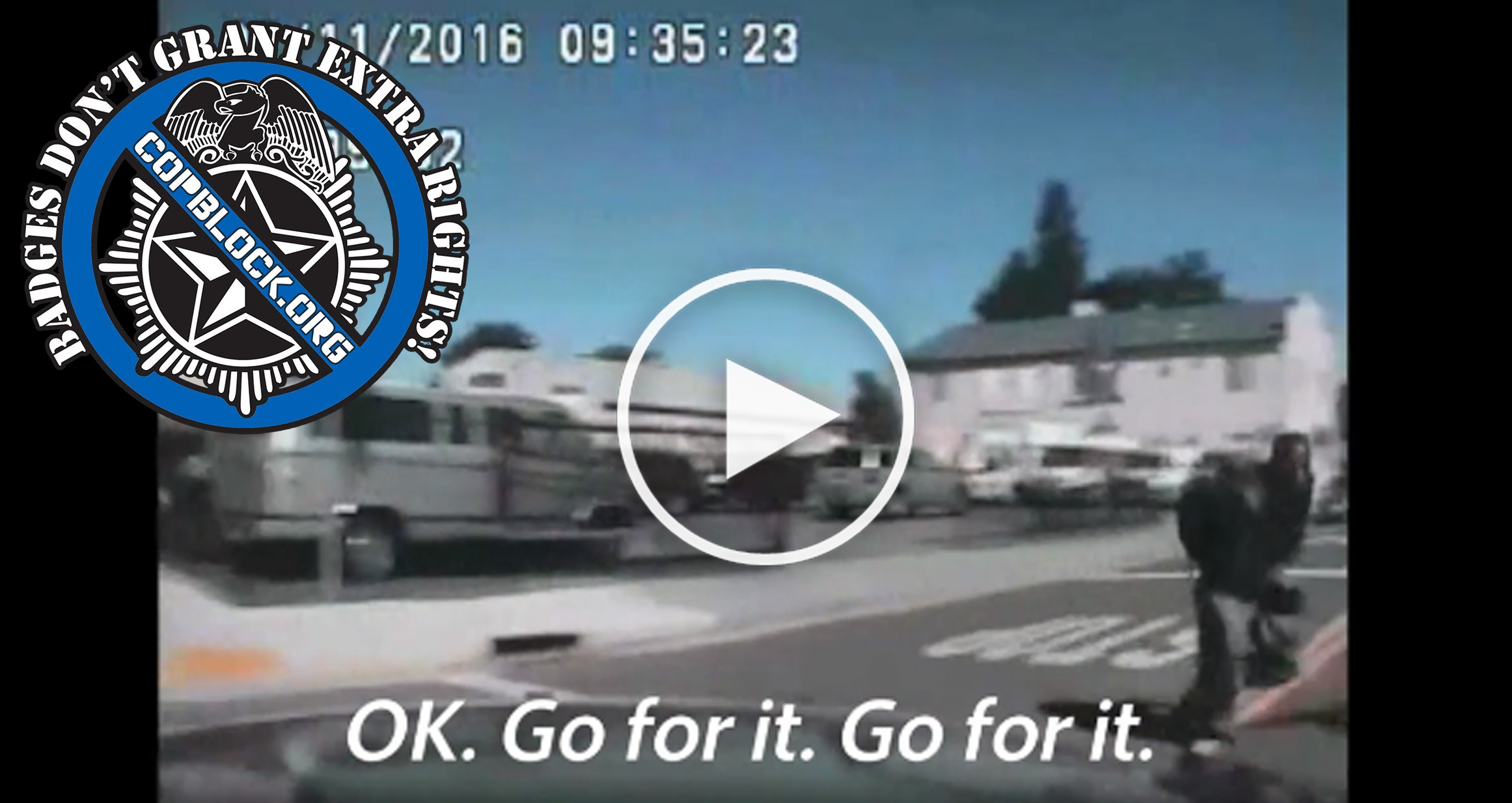 Dash-cam footage released by Sacramento police shows two officers attempting to run over a mentally ill homeless man with their car before fatally shooting him.

Police were responding to calls by residents at an apartment complex that said Joseph Mann was acting erratically on July 11. They were told by dispatchers that Mann was seen with a knife and a gun.

In video released last month from the a patrol car that was first to arrive on the scene, an officer can be heard telling Mann, “Get your hands up and get on the ground. They said you had a gun. Get on the ground.”

Mann did not comply with the commands and began to move away from the cops, who then pursued him at a slow speed until he made his way to Del Paso Boulevard. He yelled threats at them and threw a thermos at their car.

Police have never reported finding a gun on Mann but they did repeatedly order him to put down a knife that he refused to drop. Dash-cam footage taken from the car of officers Randy Lozoya and John Tennis shows the cops attempt to hit Mann as he crosses a side street.

One of the officers can be heard saying, “Fuck this guy… I’m going to hit him.”

The car misses Mann and is seen coming to a stop before reversing onto Del Paso Boulevard to continue the pursuit. The driver attempts to run over Mann again with one of the officers saying ,“We’ll get him. We’ll get him.”

After not hitting Mann the second time, the car stops and the officers exit and chase him on foot. They discharge their weapons 18 times, hitting Mann with 14 rounds, killing him.

While the video was released last month, the audio has just came to light as a result of an investigation done by the Sacramento News and Review – who enhanced what the officers were saying.

Following the incident, Lozoya and Tennis were placed on modified duty while an investigation was launched and the Mann family filed a federal lawsuit against the city of Sacramento.

Attorney John Burris said he will now amend that complaint to include the attempt to hit Mann with the car – which he said should be considered a lethal weapon that officers can use only if they feel an imminent threat.

“They are officers that shouldn’t be in uniform,” Mann’s brother, Robert Mann said, after hearing the audio. “If this is their state of mind when they go to work, this doesn’t serve anyone well.”