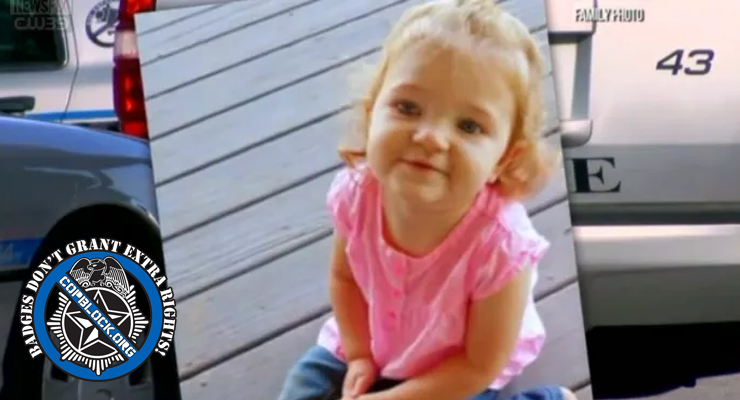 Long Beach Police Officer Cassie Barker has been identified as the mother of Cheyenn Hyer, who died Friday after she was left unattended in a patrol car. According to investigators, Officer Barker left her 3-year-old daughter in the back of her patrol car while she had a four hour rendezvous with her boyfriend, Long Beach Patrolman Clark Ladner at his home.

The heat index Friday was well above 100 degrees, though Officers on scene claim the air-conditioner was on when they arrived.

Officer Cassie Barker has been placed on paid administrative leave pending an outcome of the investigation.

Despite the officer leaving the child to die in her vehicle while she hooked up with her boyfriend, no charges have been filed as of yet. This is in stark contrast to other cases in which parents have left their child(ren) in hot vehicles. Take Troy Whitaker for example. He was a Florida firefighter who forgot his son was in his vehicle, who later died from the heat. He was arrested and charged with manslaughter the very same day. However, Officer Barker has not been arrested and is on paid leave. Where is the justice in that?