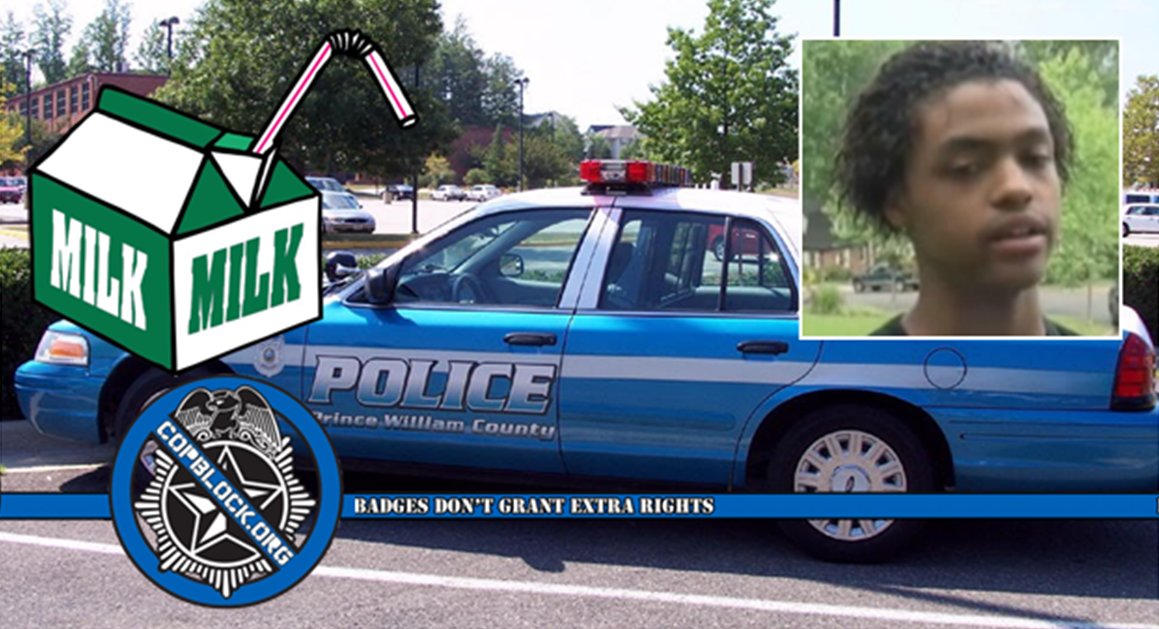 A Virginia middle school student arrested for larceny and suspended after allegedly stealing a 65-cent carton of milk from his school’s cafeteria is set to stand trial.

According to reports, Ryan Turk was humiliated on May 10 at Graham Park Middle School in Triangle when he went back to the lunch line in order to get his milk that he had forgotten.

Turk’s mother Shamise, said her son is on the free lunch program but a Prince William County police officer assigned to the school approached him and accused him of stealing the milk.

The officer claimed Turk had tired to “conceal” the milk, and when he grabbed him, the student became disorderly. Turk said he did not attempt to conceal anything but he did admit that he attempted to pull way from the cop.

“I yanked away from him,” the student said. “I told him to get off of me because he’s not my dad.”

Turk was reportedly handcuffed and taken to the principal’s office where he was searched for drugs because the principal claimed he was acting inappropriately.

He was then suspended for theft, being disrespectful and using his cellphone – and was later charged with larceny.

“The need for disciplinary action is determined by how a student behaves throughout any given incident,” a Prince William County Schools spokesman said at the time. “An appeals process is in place to ensure the fairness of any disciplinary action.”

Following the incident, Turk’s mother said she would fight to get her son back in school and attempt to ensure that he doesn’t get stuck with a criminal record.

“I’m angry, I’m frustrated, I’m mad. It just went too far,” Shamise Turk said. “They are charging him with larceny, which I don’t have no understanding as to why he is being charged with larceny when he was entitled to that milk from the beginning.”

Turk, who is now a Freshman in high school, has had a trial date set for November by a Prince William County judge after he turned down an offer of nonjudicial punishment last week.

“No one needs to be punished for stealing a 65-cent carton of milk,” a lawyer representing Turk, Emmett Robinson said. “This officer treats kids like they’re criminals, and guess what happens — they’re going to become criminals.”