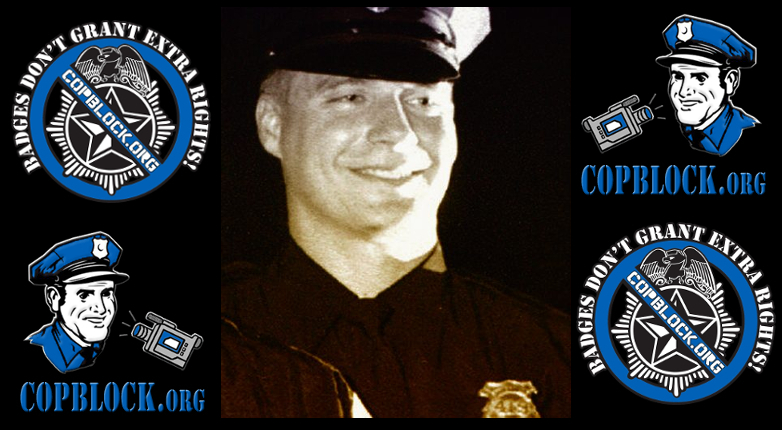 Detective Gregg Bigda, of the Springfield (MA) Police Department’s narcotics unit, threatened to murder two teens and then plant drugs on them to justify it. The threat to crush their skulls and then place cocaine in their pocket took place during an interrogation and was recorded by a video surveillance camera. The video has not been released publicly, supposedly to protect the identity of the teens he threatened to violently kill.

In spite of being caught red handed issuing these threats, Det. Bigda is not being charged with a crime, nor will he even be fired from the police department and forced to go work for a different department in another area of the state. Instead, he just received a suspension and will be back on the streets protecting and serving the shit out of the citizens of Springfield in 60 short days.

The two teens and another teen were accused of stealing an unmarked police car that another detective had left idling (and probably illegally parked) outside a pizza shop. As they were being arrested for that offense, an unnamed Springfield police officer kicked one of the teens in the face after he was already handcuffed and lying on the ground. There’s no indication that this officer received  any punishment at all for his assault on a defenseless teenager.

A video of the interrogation, during which Bigda reportedly threatened to crush the skull of one of the teens and  plant a kilo of cocaine in his pocket, was provided to defense attorneys who are now using it to impeach Bigda’s credibility in pending drug cases.

Springfield Mayor Domenic Sarno said he supports the commissioner’s decision to suspend Bigda because of the likelihood firing him would not survive a civil service appeal and the city would be ordered to rehire the cop with back pay.

” I am not happy about it. This is what was recommended,” Sarno said. ” It is a most severe suspension of 60 working days without pay and retraining.”

Barbieri told The Republican newspaper that Bigda will be reassigned to uniform duty on a day shift when his suspension ends.

Springfield City Councilor Justin Hurst, joined by four of his colleagues at a news conference, complained the punishment given Bigda is too lenient.

” I think we have to ask when it comes to this case, at what point, at what standard is there when the commissioner feels a cop should be terminated,” asked Hurst?

Of course, Hurst brings up a good question. Especially since, like many other Bad Apples, Bigda has a history of misconduct, including violent acts, that all of the Good Cops in his department have a history of minimizing or simply ignoring. He even had two restraining orders issued against him for breaking into an ex-girlfriend’s house, threatening her, and engaging in a “physical altercation” against her. Det. Bigda was also involved in an illegal search of a UPS truck in 2005.

According to Mayor Sarno:

Obviously, these sort of examples of “accountability” for cops caught (numerous times) committing misconduct and making threats or even engaging in assaults against citizens does the opposite of both those things, though.