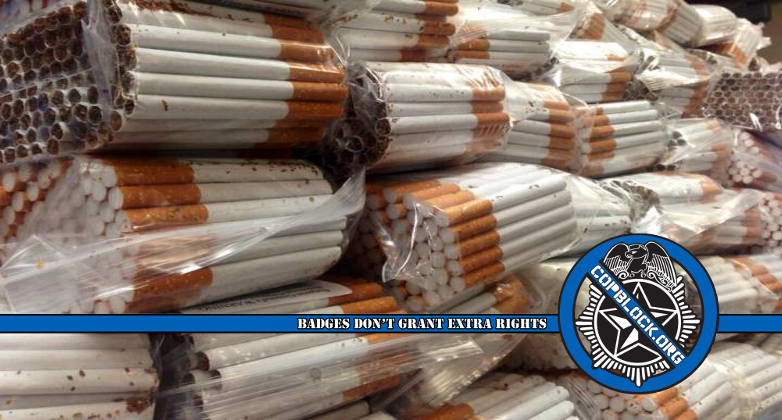 Late last month, six people including three New Orleans police officers, were indicted as part of an illegal tobacco smuggling ring. The scheme, which lasted just about one year, involved smuggling cigarettes and cigars across state lines in order to avoid paying federal and state taxes.

Officers Justin Brown and Joshua Carthon, of the New Orleans Police Department and Deputy Garrett Partman, Orleans Parish Sheriff’s Office, are accused of accepting bribes in exchanging for transporting the products across state lines and providing protection during the trips.

Federal prosecutors say the conspiracy began in September 2015, when two Gretna men, Jadallah Saed, 30, and Anwar “Tony” Abdelmajid-Ahmad, 29, started buying thousands of cartons of cigarettes considered by the authorities to be contraband because they had no state tax stamps on their packaging.

Authorities said the racket involved at least 15,000 cartons of cigarettes. It was unclear where they obtained the cigarettes.

Beginning in January, the indictment says, the two police officers, joined by Abdelmajid-Ahmad, would transport the cigarettes to another co-defendant in North Carolina, Atalla Atalla, a 38-year-old Wilmington man known as “Tommy.” The officers made their second trip in March but were joined this time by Partman, the indictment alleges.

The defendants face a host of charges, including conspiring to traffic contraband cigarettes, evading federal excise tax and interstate transportation in aid of racketeering enterprises.

Partman, 31, resigned from the Sheriff’s Office on Wednesday, said Philip Stelly, an agency spokesman. Stelly said Partman was hired in January 2010, but it was not clear whether he had been assigned to the city’s jail or the Sheriff’s Office’s civil division.

Meanwhile, the two officers, Brown and Carthon, were placed on emergency suspension without pay this week, officials said. Brown, 29, has been with the New Orleans Police Department for four years and most recently was assigned to the Special Operations Division.

Carthon, 32, is a seven-year veteran and most recently served in the 7th District, which covers New Orleans East. He previously was suspended for 25 days following an April 2014 drunk-driving incident in which he crashed his pickup while driving with a blood-alcohol content of .131. He also was involved in a fatal officer-involved shooting following an armed robbery last year, which the authorities deemed to be justified.

I’d say I was surprised by that last paragraph, but it’s getting hard to find a report of a cop who was (finally) busted that already didn’t have a long list of previous misconduct and very mild slaps on the wrist. One thing I did find just a bit odd was that, unlike Eric Garner in New York, the cops in New Orleans weren’t forced to choke any of these guys to death for selling untaxed cigarettes.