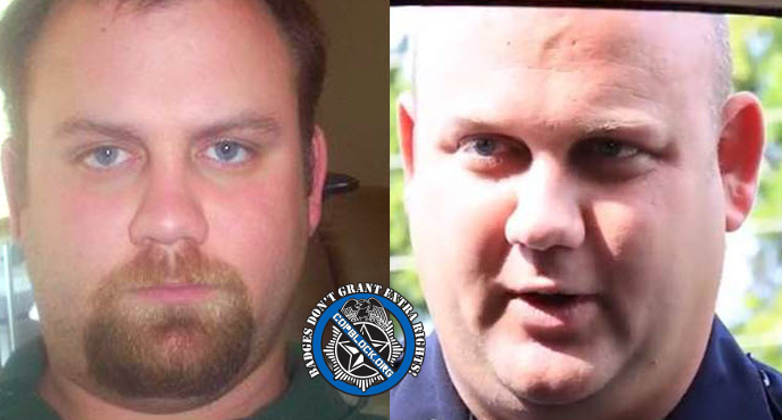 Newly released information reveals that two cops from Georgia recently lost their jobs after making racist posts, in which they joked and even bragged about targeting black drivers. Deputy Brant Gaither was fired on July 25th and Deputy Jeremy Owens was forced to resign on July 26th. Both had worked for the McIntosh County Sheriff’s Department. They also both worked on a special unit of Road Pirates that was assigned to generate revenue in the area between Savannah and Brunswick on Interstate 95.

They often commented back and forth on Facebook posts using language that was sexist and also derogatory toward black people. The messages also referenced intentionally targeting black drivers for traffic stops.

According to records obtained by the Atlantic Journal-Constitution, the officers referred to African Americans as “N*ggs” and “colored people.”

One message featured an image of Dr. Martin Luther King Jr., underneath the two men denigrated King’s famous “I have a dream speech.”

There was also an exchange in which the men made light of domestic violence against women, and in another, the men shared an offensive joke about fried chicken and a black pregnancy test.

But, perhaps the most disturbing message made reference to their patrols on the highway and seemed to suggest that the men targeted African American motorists. Owens said:

The Southern Center for Human Rights believes this case could be indicative of a much larger cultural problem within the department. The sent a lawyer to the county in September to investigate both the deputies and their former employer.

According to Sarah Geraghty, the center’s managing attorning (sic) for impacting litigation, the non-profit firm is in the process of preparing a formal request for the U.S. Department of Justice to open an investigation.

According to Sheriff Stephen D. Jessup, the racist posts were uncovered in July when another deputy was issued Owens’ old computer, which still contained access to his Facebook account.

Reportedly, once Deputy Gaither learned that he was going to be fired, he admitted it and stated: “It was just a joke, we all do it.” Whether that was some sort of Freudian Slip or Gaither actually meant consciously to acknowledge that “all” cops make racist jokes and target black drivers is a bit speculative at this point.