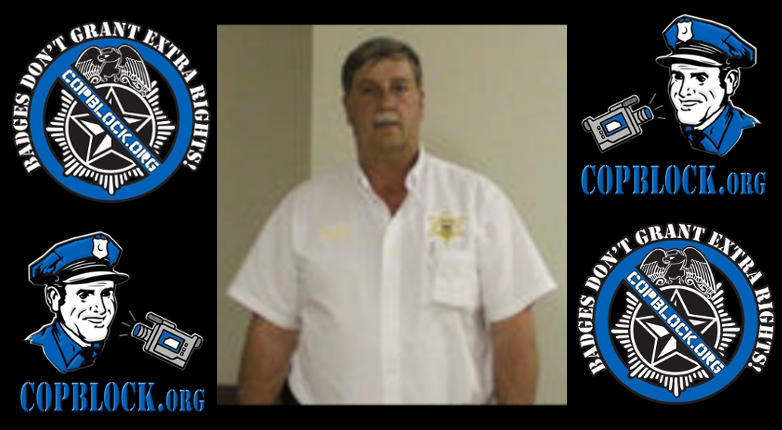 The following post was originally published on the website of Southeast Missouri CopBlock under the title “Did Sheriff Dean Finch Steal from the County?” It was shared with the CopBlock Network by Bryan Jeffers of SEMO Copblock, via the CopBlock.org Submissions Page.

Did Sheriff Dean Finch Steal from the County?

The Missouri State Auditor has finished an audit on Wayne County, Missouri. This is the county’s second audit since 2013. Back in 2013, the county received an overall performance rating of poor. The newest audit was just released and the auditor reported that Wayne County once again received a poor rating.

Could this be the results of Dean Finch stealing from the county?

In the auditor’s report (which can be read here) Nicole Galloway, CPA, said:

“The county has received an overall performance rating of poor financial condition with serious concerns. The cash balance is low and does not take into account significant liabilities of the fund, including $471,846 due to the Special Road and Bridge Fund.

The prosecuting attorney frequently reduces charges filed on traffic tickets by requiring defendants to make a donation, ranging from $50 to $300, to the county’s Special Law Enforcement Fund as a condition of reducing the charges. Donations totaled approximately $44,500 for the year ending December 31, 2015. Written plea agreements signed by the defendant and the judge do not disclose the amount the defendant was required to donate to the Special Law Enforcement Fund.

Receipt slips are not issued immediately upon receipt of bad check fees and donations, checks and money orders are not restrictively endorsed promptly, and monies are not transmitted timely. The prosecuting attorney has not established adequate procedures to ensure 10-day letters are issued and charges are filed timely with the court for unresolved bad check complaints”

In 2013, the prosecuting attorney at the time, Robert Ramshur, told the Wayne County Journal-Banner:

“The auditor’s office said they could find no authority for the fund’s existence. Yet, since he said that, the County Commission has approved an ordinance validating the fund.” (For more click here)

Sheriff Dean Finch maintains a bank account outside the county treasury according to the auditor’s 2016 report:

“This account has an unidentified balance,  to account for proceeds from the U.S. Department of Justice Equitable Sharing Program without statutory authority.”

Did Sheriff Dean Finch steal money from the bank account he did not have the authority to maintain?

The report states that the bank account Dean Finch maintains may be against the law:

“There is no statutory authority allowing the Sheriff to maintain this account outside the county treasury. Section 50.370, RSMO, requires every county official who receives any fees or other remuneration for official services to pay such monies to the county treasurer. In addition, Attorney General’s Opinion No. 45-1992 to the Hickory County Prosecuting Attorney, states sheriffs are not authorized to maintain a bank account for law enforcement purposes separate from the county treasury”

Should Dean Finch be charged convicted and jailed for this?

Nicole Galloway in her 2016 audit of Wayne County said:

“The Sheriff has not entered into written agreements with the City of Greenville or surrounding counties for the boarding of prisoners detailing the prisoner housing rate to be paid, the services to be provided, or any required notification for emergency or non-routine situations.”

This means, if you were arrested by the City of Greenville or any surrounding cities or counties and were housed by Wayne County, they had no formal plan for that city or county to pay Wayne County for your jail time. Nor did they have any plans for emergency or non-routine situations. Could this be the reason Darrell Antone Died in Wayne County custody in 2015? (read more on his death here)

The Sheriff leases his car to the county for $1 a year, but that is not the real concern. The concern is what the county paid him for mileage.

According to the report:

“The Sheriff is to be responsible for all maintenance, upkeep, and operating expenses. Although not specified in the lease agreement, the Sheriff was paid $0.56 per mile as compensation for leasing his vehicle to the county during the year ended December 31, 2015. Mileage reimbursements paid to the Sheriff during the year ended December 31, 2015, totaled $19,425. The Sheriff maintains mileage logs that include his badge number, the date, and the number of miles driven per day while patrolling the county.”

Assuming if this practice has been done the whole time he was Sheriff, this would mean in the current term he would have been paid a total of over $77,700 and in his two terms total of $155,400 for driving his personal vehicle. That is more than two times what the average citizen of Wayne County makes in a year.

It seems to me that Dean Finch is using his position of power to profit as much money from the county as he can. Why did Dean Finch use his position to steal an income of at least $155,400 in eight years of driving his personal car around?

In the report Nicole Galloway states:

“In addition to the mileage logs submitted to the County Clerk’s office for reimbursement, we noted the Sheriff’s badge number also appeared on the fuel logs used to track fuel obtained from the Sheriff’s Office bulk fuel tank during 2015. These logs indicate the Sheriff fueled his vehicle from the bulk fuel tank 68 times in 2015; totaling 791 gallons, in addition to claiming and receiving compensation of $19,425 for the miles driven.”

Below you will find a spreadsheet we made outlining how much we estimate he was paid by the county when you add the reimbursement and the free gas he filled his car with for over the 7 years he was double dipping taking into a low-ball average of $2.50/gallon.

Wayne County paid the sheriff over 1/2 million dollars in eight years. In those eight years, Finch was paid $155,400 over his salary. He was “gifted” with over $13,000 in free gas because the county paid twice for it.

In the report, it does, however, say:

“Beginning in 2016, the Sheriff began subtracting the cost of the fuel obtained from the bulk fuel tank from the mileage logs submitted to the County Clerk monthly. For example, in April 2016, the Sheriff was reimbursed $1,600 for 3,282 miles driven ($0.54 per mile for 2016) after deducting $172 for 97 gallons of fuel obtained from the county’s bulk fuel tank. The Sheriff calculated the amount to be deducted by multiplying the number of gallons pumped times the current price per gallon.”

This year is the 1st year Dean Finch decided to pay for the gas he is using. Will Dean Finch pay back the well over $13,000 he stole from double dipping?  Why is Dean Finch not in jail for stealing over $13,000 in gas?

The county has no accountability. In the 2015 audit report, it says:

Dean Finch, as Sheriff, cares more about loading his own pockets than protecting us and doing his job. According to the audit, he broke the law by managing a bank account he should never manage by law. He might of stole gas for seven years by the county paying for the gas in his car twice, once to him and once to the company the county gets the bulk gas from. He holds no accountability for the employees’ time sheets and overall is a horrible sheriff. Should Dean Finch be arrested? Did he steal over $13,000 in gas? Whats was up with the bank account he managed that he should never have had controll of?