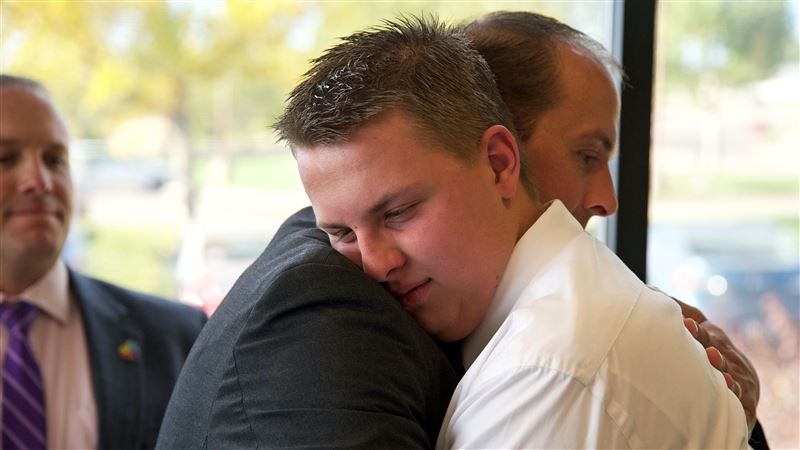 The following post was prepared for us by an individual simply known as “Steve”. Steve details life for Tanis Ukena in the months that followed after being accused of slipping methamphetamine into a Layton police officer’s lemonade. However, the claim was false and Ukena was exonerated of all charges after an investigation that lasted at least two months. To make matters worse no one from the Layton Police Department apologized for the ordeal to the Ukena family or their 18 year old son Tanis.

If you have a story of police misconduct or abuse, feel free to share it with us using the submissions tab. If you are willing to take one more step and have a passion for spreading the message that “badges don’t grant extra rights“; consider joining the CopBlock Network.

The death threats Tanis Ukena received for two months? Those are on you, Layton Police Department.

The inability to get a job? Your fault.

The delayed mission? On you.

A reputation tarnished at age 18? You made it possible by arresting him on flimsy evidence and alleging he’d poisoned a LPD sergeant’s lemonade at a Subway drive-thru.

But did you apologize Tuesday when you finally acknowledged it was all a big mistake?

No. You put out a news release that gushed about the helpfulness of the Subway franchise where Ukena worked until Aug. 8, the day you arrested him.

“Subway ownership and management have been fully cooperative throughout the investigation,” you wrote. “They allowed investigators to collect chemicals at the business, as well as samples from the drink dispenser; all of which were sent to the state crime lab to compare with the officer’s drink. The Layton Police Department would like to thank Subway for their complete cooperation.”

Then, in the final sentence, you said this:

“The Department would also like to express our appreciation for the patience of Tanis and his family during this investigation.”

You appreciated their patience? As if they were just flipping through a few old copies of Field & Stream in the waiting room?

And even though representatives from the LPD met Tuesday with Ukena and his family, no one apologized.

Let’s start there. You owe the Ukenas a public apology.

Then, even though you said you’d provide no additional comment, you need to start answering questions.

After your sergeant became ill and you arrested Ukena, according to your news release, “Investigators were also cognizant that there may have been other potential causes for the officer’s condition, and so began to simultaneously investigate other possibilities, with extensive medical testing of the officer.”

What were those possibilities? What did the medical testing discover – outside of the three urine and blood tests that found no drugs in his system?

Is there a medically impaired police officer patrolling Layton? Or did your sergeant file a false report? Was he reassigned? Disciplined?

Why did it take two months to perform tests that ultimately proved Ukena’s innocence? And why did you arrest Ukena so quickly when, by your own admission, you had other explanations for your sergeant’s impairment?

“Due to the lab results,” you wrote, “the Department will not seek charges against Tanis and believe this information should go out immediately in the best interest of Tanis Ukena and the Subway restaurant.”

Your concern for Ukena and Subway is touching. You’ll be pleased to know he’s returning to work there until November, when he finally leaves on his mission.

But if you truly care about his welfare, apologize to him publicly.

Then start answering questions. Because it’s not just Ukena’s reputation that’s at stake.