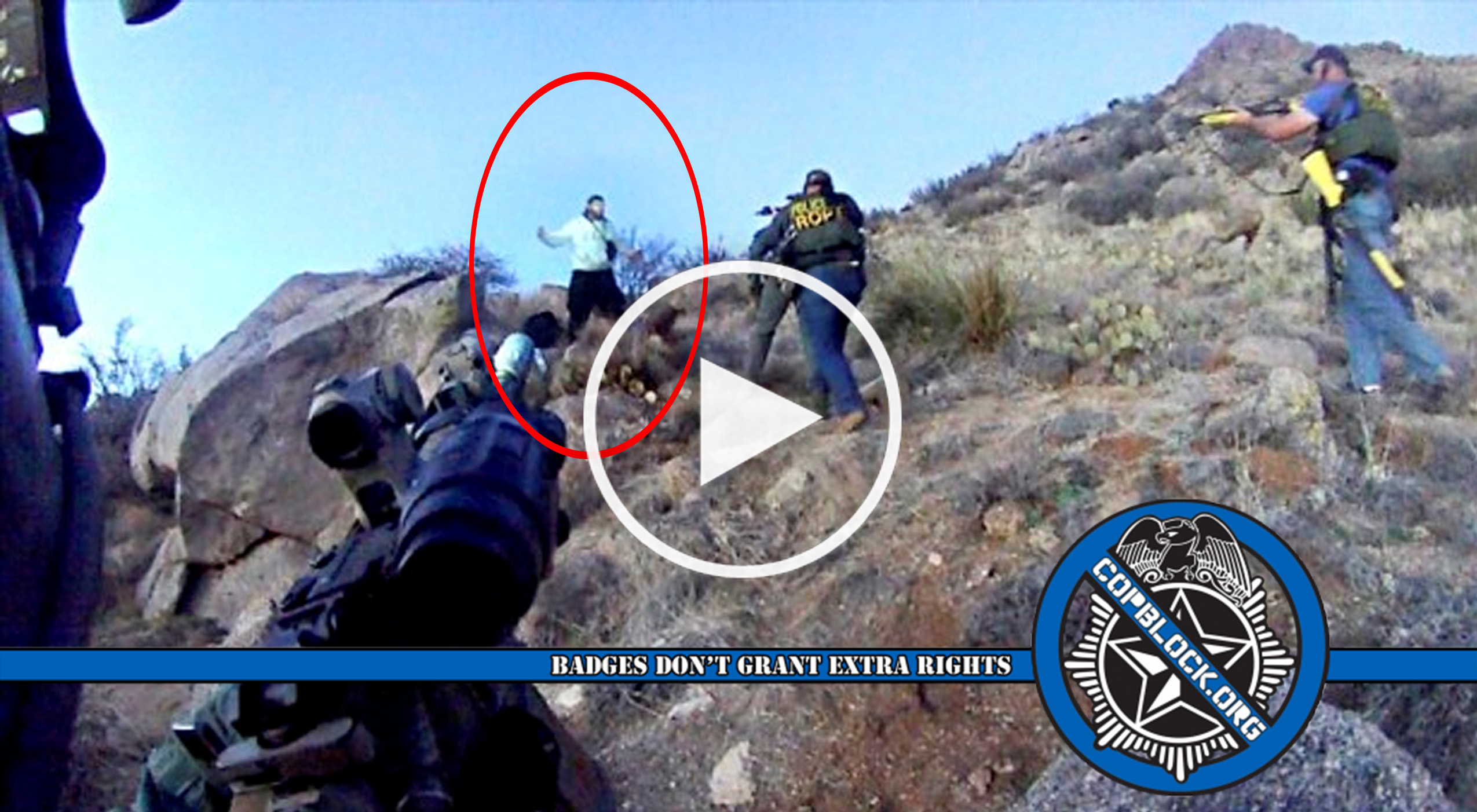 The case against two cops charged in the shooting death of a homeless and mentally ill man, who was alleged to have been illegally camping in Albuquerque’s foothills, has ended in a mistrial.

Former Albuquerque Police Detective Keith Sandy and SWAT Team Officer Dominique Perez shot 38-year-old James Boyd, who had been diagnosed with schizophrenia, after a four-hour standoff in the Sandia foothills in March 2014. Boyd was armed with two small knives.

A helmet camera video released by the APD after the shooting appeared to show Boyd attempting to comply with officers’ orders to come down from his location and attempting to convince them that he was not a threat. In response, officers first fired a flash grenade at him.

After the explosion, one cop with a dog and one with an assault rifle rushed Boyd while screaming at him to get down. Boyd appeared to pull out the small knives in both hands as the officer with a dog approached him. The cops then fired six live rounds at him as he turned his back.

Once on the ground the cops pelted Boyd with beanbags while they yelled for him to drop the knives. As Boyd laid face down in the dirt incapacitated, the officer with the dog guided the animal over to his body and it bit and chewed on his lower back area.

The footage then showed that another cop slapped away a knife from Boyd’s limp hand and then handcuffed his lifeless body. Boyd died from his gunshot wounds the next day.

At a press conference five days after the shooting, Albuquerque Police Chief Gorden Eden told reporters that he believed the shooting was justified because Boyd made a “threatening” move towards the officer with the dog.

Although the shooting was not included in a Dept. of Justice’s investigation into the APD launched in 2014, during the announcement of their findings, the DOJ cited the shooting, and Eden’s comments about it, as evidence of the systemic problems at the APD.

The department had over 40 police shootings between 2010 and 2014, with 26 of them leading to suspect deaths – which prompted the Justice Dept. to issue a report critical of the agency’s use of force.

A recording that emerged in September following the shooting captured Officer Keith Sandy telling another officer he was going to shoot Boyd “in the penis” moments before gunning him down.

“For this fucking lunatic?” Sandy said in the recording to State Trooper Chris Ware after being informed Boyd asked for state troopers, “I’m going to shoot him in the penis with a shotgun here in a second.”

Boyd family attorney, Shannon Kennedy, said at the time the recording was likely proof of intention.

“Two hours later he’s escalating the situation so he can do just that,” Kennedy said. “He says to a state police officer ‘that f’ing lunatic, I’m going to shoot him in the penis.’ It’s crystal clear, and he says it with contempt in his voice.”

In January 2015, Sandy and Perez were both charged with second degree murder with District Attorney Kari Brandenburg saying that there was “enough evidence of probable cause” to meet the standard in the case. The officers faced up to 15 years in prison if convicted.

On Tuesday however, Judge Alisa Hadfield declared a mistrial in the case after more than two days of deliberations by jurors. Nine of the jurors wanted to acquit the officers, and three wanted a guilty verdict, resulting in a deadlock.

It will now be up to incoming District Attorney Raul Torrez to decide whether or not to retry the case. Torrez is running unopposed for the position and takes office in January. He said he will decide how to proceed after reviewing evidence and consulting with prosecutors.