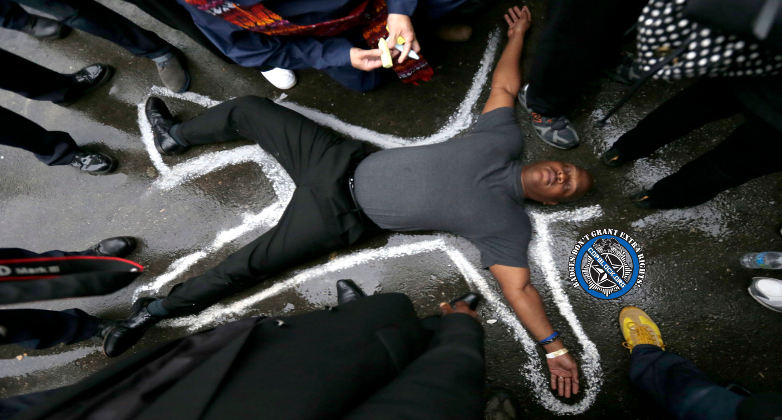 As everyone knows, the FBI and Department of Justice keep track of everything from how many people die sticking a fork in the toaster to how many times I stubbed my toe last year. So, of course, their is data and statistics on every crime committed in every city and state, no matter how minor they might be.

Similarly, you can easily look up how many and in what manner everybody who died in any given year met their ultimate fate. Except the one giant, glaring exception to that is the complete lack of any information related to the use of force and killings of citizens by police. It’s almost like they don’t want you to know just how bad it is or to realize that it is progressively getting worse every year.

This obviously has led to some people questioning why they would compile statistics on every  minor crime reported in the entire country but would not keep track of fatalities caused by police at all. One thing that does have to be pointed out is that this is a bit of a trick question because for some time the FBI has been mandated to include police related deaths. Local police departments across the nation have simply refused to comply (which for anyone not wearing a Magical Suit will often get you killed) by providing those numbers. Meanwhile, instead of requiring them to do so the FBI instead just threw their hands up and declared it an impossible task.

Now, however, after much criticism the DOJ has announced that they will begin actively compiling stats related to police killings and other types of violence.

Via the Hampton Patch (NH):

Until now, there has been no official nationwide effort to monitor the rates of police violence and killings in the United States.

“Accurate and comprehensive data on the use of force by law enforcement is essential to an informed and productive discussion about community-police relations,” said Attorney General Loretta Lynch in a press release.

“The initiatives we are announcing today are vital efforts toward increasing transparency and building trust between law enforcement and the communities we serve,” she continued. “In the days ahead, the Department of Justice will continue to work alongside our local, state, tribal and federal partners to ensure that we put in place a system to collect data that is comprehensive, useful and responsive to the needs of the communities we serve.”

One of the biggest struggles in creating such a database is bound to be the localized nature of law enforcement, which gives a lot of administrative duties and day-to-day decision-making power to individual departments.

Prior to the Justice Department’s announcement, some news outlets have tried to provide as much data as they could on national police violence. By tracking local reports of police killings around the country, the Guardian, for instance, has found 847 incidents of civilians dying at the hands of cops in this year alone, in its database called “The Counted.”

It remains to be seen if the police will actually bother to report the amount of people they kill or if they will just ignore it again. Plus, the DOJ may once again respond by proclaiming it an impossible task instead of saying pretty please with sugar on top to see if that gets them to do it. Of course, the fact that it is so hard to keep a count of just how many people are killed by the police each year is pretty telling in and of itself.