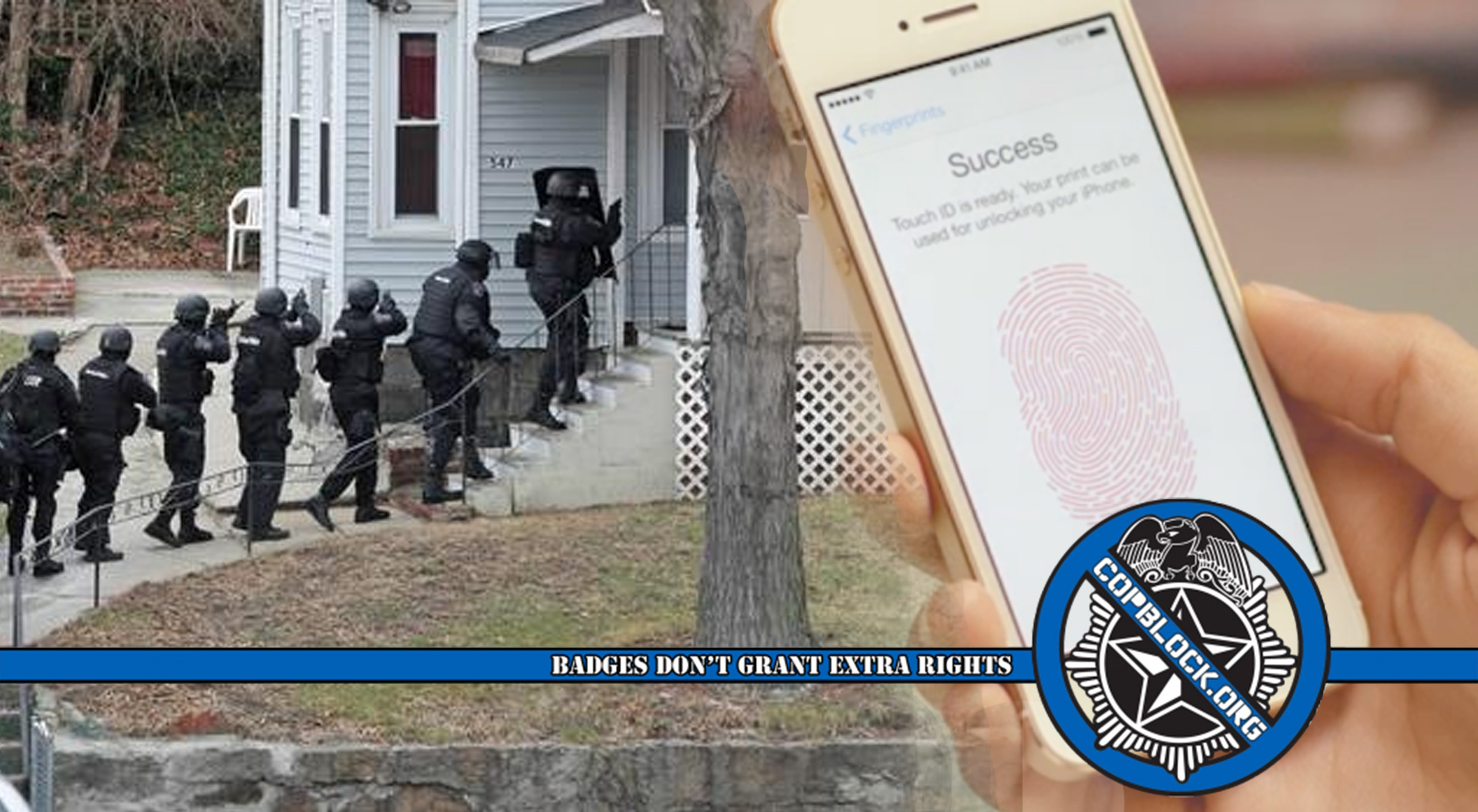 Court documents have revealed that federal agents attempted to bypass iPhone security measures by demanding individuals’ biometric information to open the devices during a raid.

According to a court filing, the Dept. of Justice searched a Lancaster, California property on May 9 with the “authorization to depress the fingerprints and thumbprints of every person who is located at the SUBJECT PREMISES… believed by law enforcement to be the user of a fingerprint sensor-enabled device that… falls within the scope of the warrant.”

The warrant has not been made available to the public, but the filing – which was signed off on by U.S. attorney for the Central District of California – says that the federal government asked for more than just fingerprints.

“While the government does not know ahead of time the identity of every digital device or fingerprint that it will find in the search, it has demonstrated probable cause that evidence may exist at the search location,” the filing states. “[The government] needs the ability to gain access to those devices and maintain that access to search them. For that reason, the warrant authorizes the seizure of ‘passwords, encryption keys, and other access devices that may be necessary to access the device.’”

According to FORBES, who uncovered the document, the Dept. of Justice has not commented on incident and a resident of the property would not elaborate on the investigation except to say, “They should have never come to my house.”

“I did not know about it till it was served… my family and I are trying to let this pass over because it was embarrassing to us and should’ve never happened,” the individual said, who maintained that neither they nor any other residents at the address had ever been accused of a crime before.

Legal experts have expressed shock regarding the incident. Marina Medvin of Medvin Law said the feds violated the Fourth Amendment, and asserted that police do not have the right to conduct a search in hopes of later justifying the search as reasonable.

“They want the ability to get a warrant on the assumption that they will learn more after they have a warrant,” Medvin said. “Essentially, they are seeking to have the ability to convince people to comply by providing their fingerprints to law enforcement under the color of law – because of the fact that they already have a warrant. They want to leverage this warrant to induce compliance by people they decide are suspects later on. This would be an unbelievably audacious abuse of power if it were permitted.”

“That’s not how the Fourth Amendment works,” Medvin added. “You need to have a reasonable basis before you begin the search – that reasonable basis is what allows you to search in the first place.”

The court filing is the first known revelation that has emerged showing that the government has attempted to acquire fingerprints of multiple individuals in a single location in order to unlock smartphones.

“It’s not enough for a government to just say we have a warrant to search this house and therefore this person should unlock their phone,” senior staff attorney at the Electronic Frontier Foundation, Jennifer Lynch said. “The government needs to say specifically what information they expect to find on the phone, how that relates to criminal activity and… they need to set up a way to access only the information that is relevant to the investigation.”

“The warrant has to be particular in how it describes the place to be searched and the thing to be seized and limited in scope.” Lynch added. “That’s why if a government suspects criminal activity to be happening on a property and there are 50 apartments in that property they have to specify which apartment and why and what they expect to find there. We’ve never seen anything like this.”