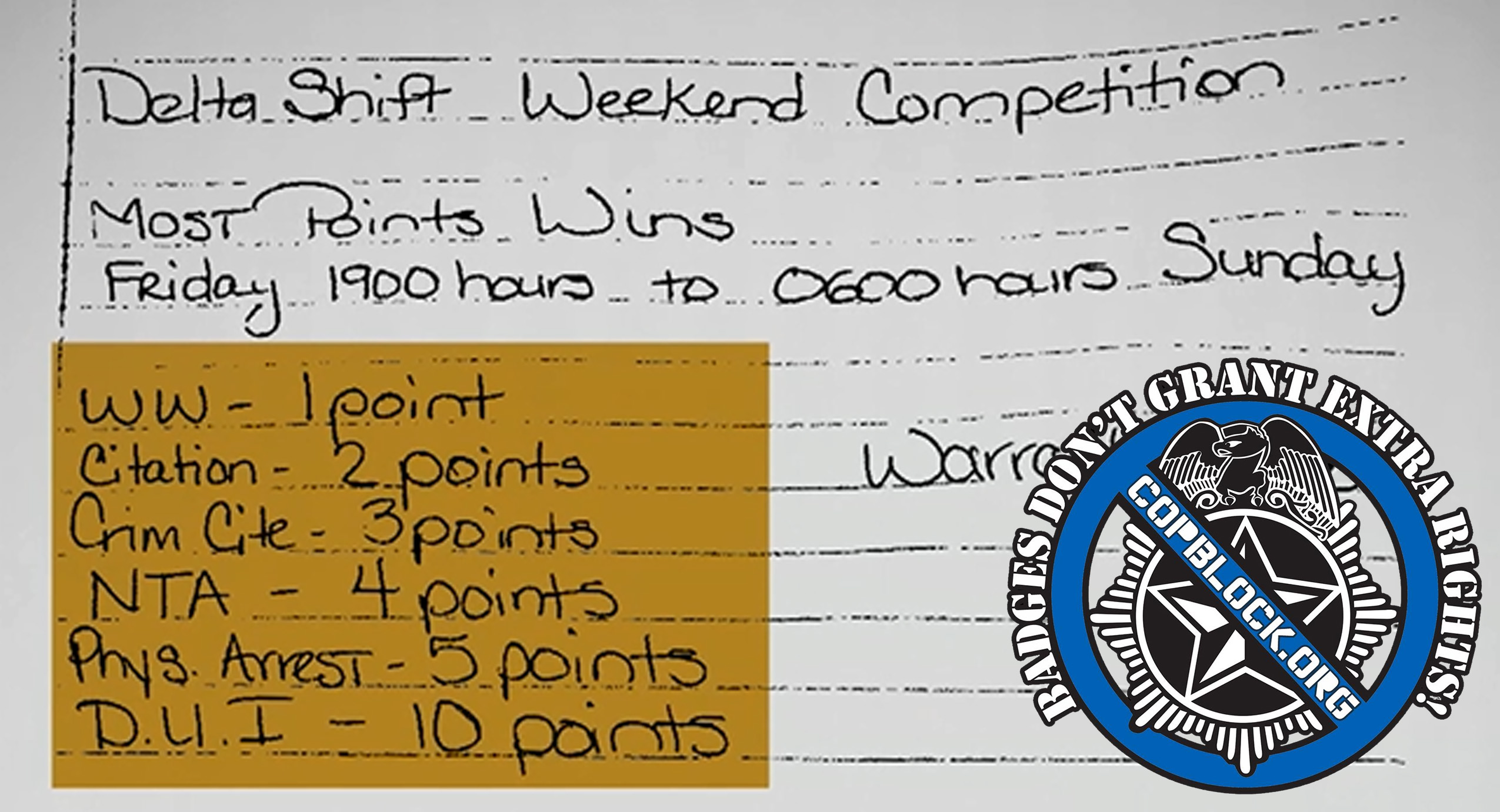 An internal memo has revealed that a Florida police department incentivized over policing with a citation contest for officers during the weekend of Sept. 10.

According to a local ABC affiliate, the memo shows that the Winter Springs Police Department offered a “reward” to the officer who wrote the most citations and made the most arrests.

Titled “Delta Shift Weekend Competition,” the handwritten memo offered “points” for everything from writing warnings to making DUI arrests. The “winner” would be rewarded with a “float for a pay period” and a “surprise.”

Over the weekend on Sept. 10, officers with the department wrote and made more than 100 citations, warnings and arrests – though multiple citations were issued to a single driver in some instances.

Ticket quotas were made illegal in Florida last year. Many departments get around laws prohibiting quotas however, by simply calling them things like “performance targets” or “doable averages.”

It is unclear if the department will face a state investigation after the revelation, but Winter Springs police officials are adamant that the practice does not amount to a quota.

“After receiving your inquiry, we discovered the document in question was drafted during the period of one weekend in September by a sergeant as a way to promote teamwork within her individual squad,” a statement from the department said.

“The context of the document was meant as a way to encourage camaraderie among her officers,” the statement added. “It does not amount to an enforcement quota. Even despite statutory prohibitions, the Winter Springs Police Department has not and will not sanction enforcement quotas of any kind.”

The department says they “will investigate this matter further and take remedial action as deemed necessary through that investigation.”