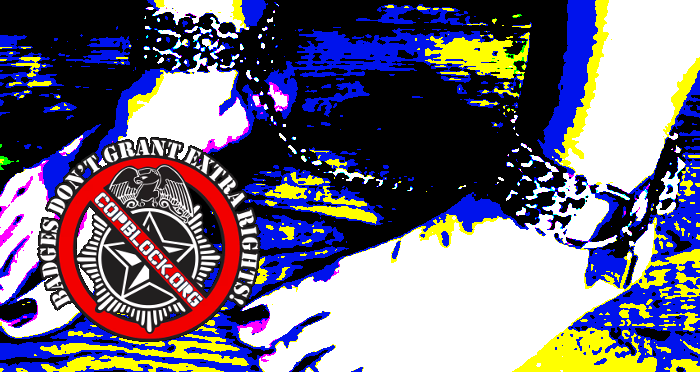 From time to time we receive legal questions in our submissions folder. While we are not lawyers, nor should we be considered legal experts by any means, sometimes we do have the answer.

In a submission titled “my boyfriend was pulled over for walking” a reader, who wishes to remain anonymous, writes:

“My boyfriend went to the corner store and was stopped and questioned by a cop on what he was doing. he wasn’t doing anything wrong. is this lawful?”

For example- a car break-in was reported a few blocks away and your boyfriend roughly fits the description of the person who committed it. In this case, the officer may choose to question your boyfriend to determine if they are being detained under suspicion of that incident. The questions must pertain to an investigation of that crime.

Your boyfriend could refuse to answer questions. In this case he will probably be detained and given a chance to spend the night in jail and arrange for a lawyer before answering questions.

However, even after answering questions, police could still decide he was a suspect and detain him.

Now lets say there was no reasonable suspicion of criminality under which the officer began his questioning.

When confronted your boyfriend should ask if he is suspected of a specific crime, what it is and if he is being detained. If the officer cannot specifically provide a crime or the reason they suspect your boyfriend, then they cannot detain him and he is free to go.

But just because that is how things are supposed to be doesn’t mean that is always the way they are. Some unscrupulous officers will then pull a crime out of thin air, like ‘Resisting Arrest’. They could become deceitful and/or violent, and put your boyfriends freedom, liberties and life in danger. And chances are they will get away with it if they do.

There is no magic ‘get out of police interactions free card‘ because police do not play by the rules, or are able to bend them in order to do vengeful policing. It happens all of the time.

Next time, make sure your boyfriend is using Cell 411 or some other livestreaming app on his phone so that, no matter what happens, he has his own secured, independent record of it.