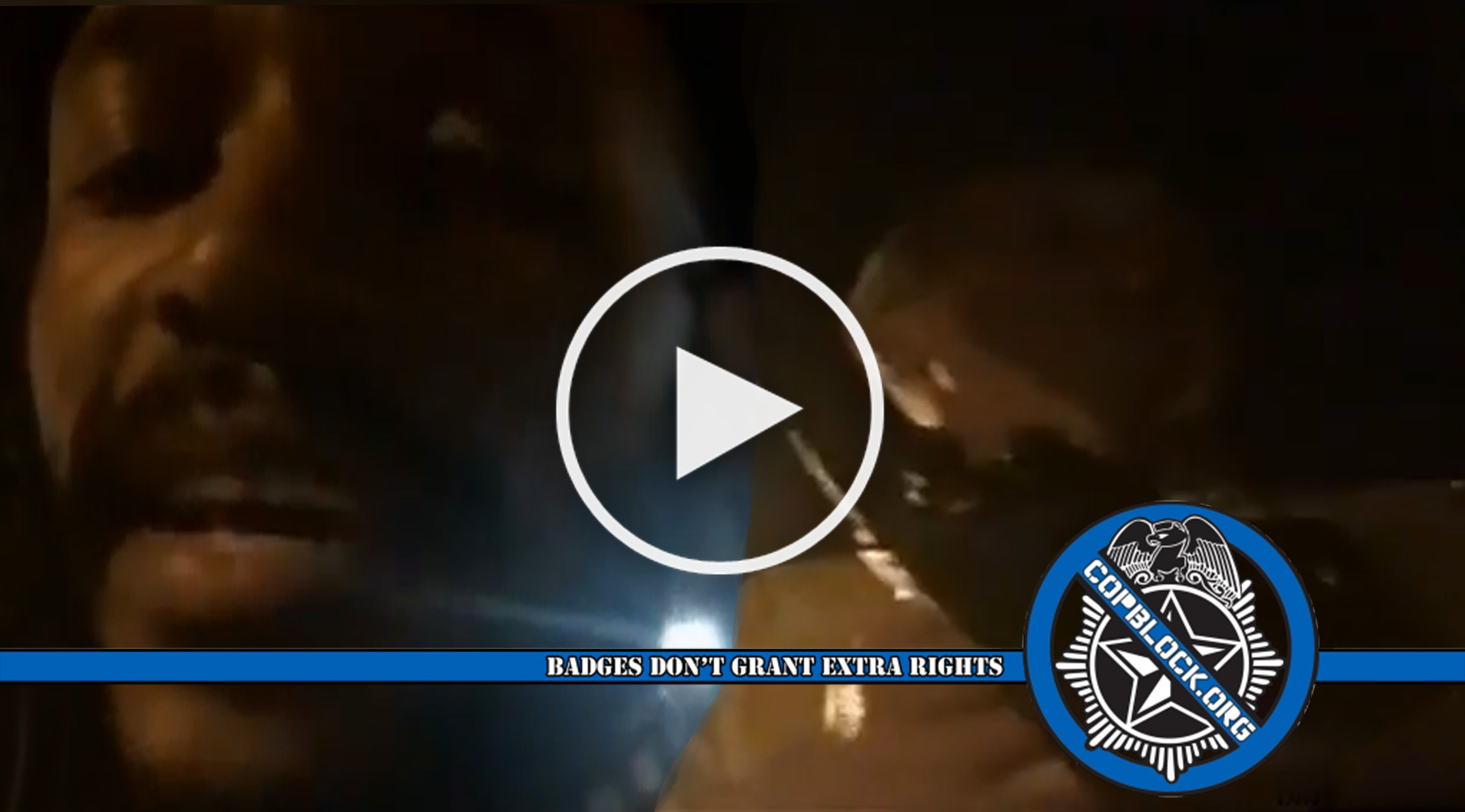 An interaction with Philadelphia police officers live streamed to Facebook shows a man being threatened with arrest if he didn’t turn over his phone as evidence.

According to the Philly Voice, Jean-Jacques Gabriel was making his way home on his bicycle along Kingsessing Avenue, between 48th and 49th streets in West Philadelphia, on Tuesday night after 11 p.m.

Gabriel spied two individuals stopped by two plainclothes Philadelphia police officers – and said the suspects, who had their hands on the back of their heads, called out to him to record the interaction on his cellphone. The suspects were reportedly being investigated for disorderly conduct.

Having recorded police before, Gabriel began live streaming to Facebook, and as a result, the cops shifted their attention toward him with one officer initially approaching and demanding he turn over this cellphone.

The footage shows Gabriel repeatedly assert his rights and refuse to give the cop his phone. He then requests to speak with a supervisor and the cop persists, eventually threatening to “lock him up,” according to what Gabriel says in the video.

The officers then proceeded to arrest one of the two men they had detained as the suspect pleads with Gabriel to call other police officers. Gabriel was then left alone without having his phone confiscated.

The incident appears to show a clear attempt to violate Gabriel’s right to record police officers. He said as the cop was walking away at one point during the interaction, he had threatened to take him to jail if he didn’t comply with the illegal seizure.

“I wasn’t giving it up,” Gabriel said. “I was like, ‘No, this isn’t happening until a supervisor explains to me. The way you’re treating those guys and me already just reeks of illegality. I’m not going to listen to you. Somebody else has to explain to me why I have to give up my property.'”

According to Temple University law experts, the ACLU of Pennsylvania and the Philadelphia Police Department’s own policy, Gabriel was correctly asserting his constitutional rights and should not have been interfered with.

“Theoretically, if I was using my cell phone camera to capture a drug sale, or a murder, it’s a little different (than recording an arrest),” civil rights attorney Jules Epstein said. “Then my phone camera has evidence of a crime. Hopefully, they would ask cooperatively. Technically, they could probably seize it. But then they have to get a warrant to play what is on it.”

Footage of officers detaining individuals or making an arrest is not evidence of a crime, according to Epstein, who said Gabriel stood his ground like he should and refused to be bullied into relinquishing his rights and property.

“It sounds to me like the cops realized this was somebody they couldn’t buffalo,” Epstein said. “They backed down. But the real points here are citizens may do this. They should do it in a way that’s not aggravating a situation. If they have evidence of a crime, hopefully they’ll be good citizens and cooperate.”