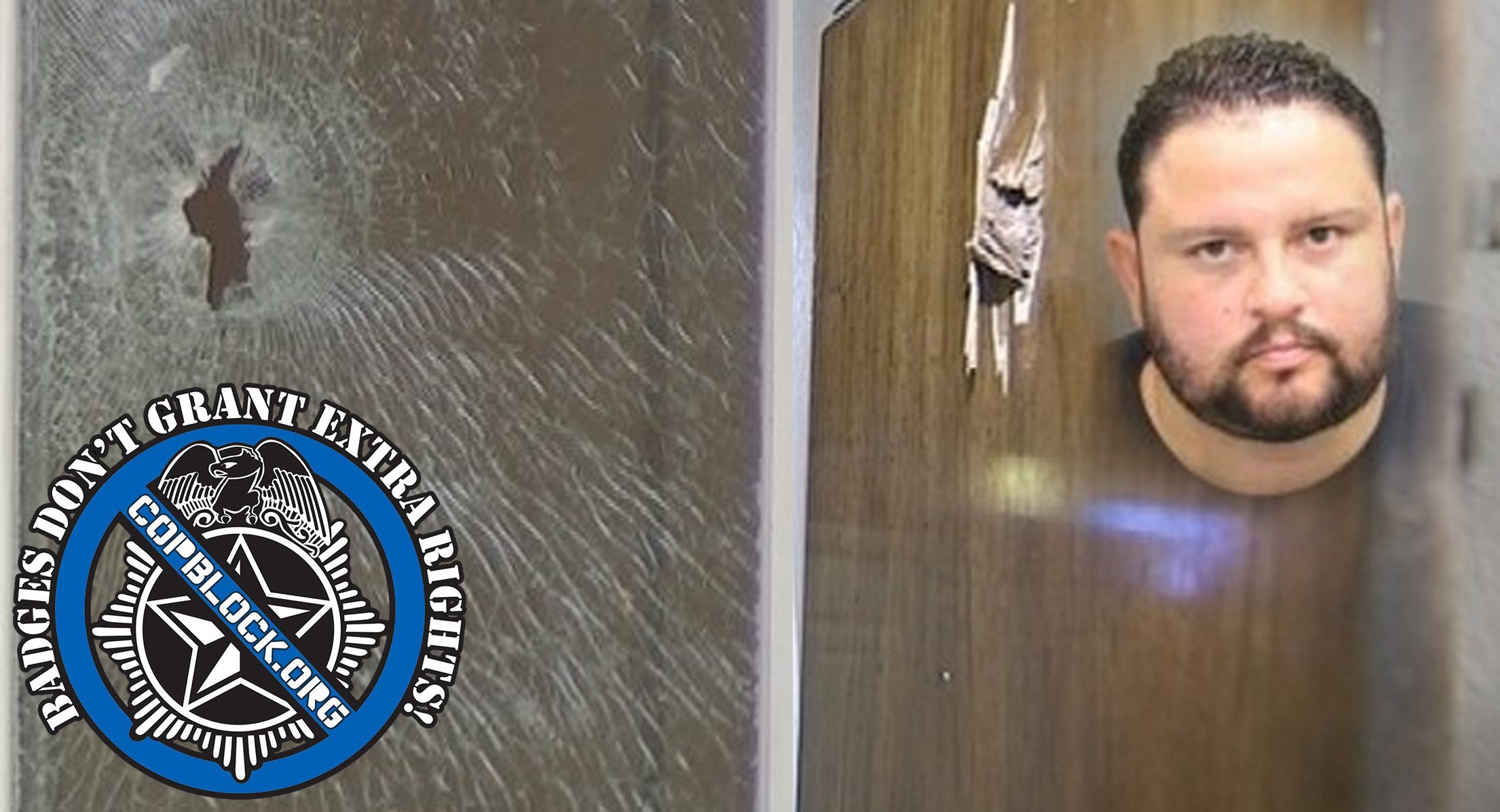 A Florida police officer has been indicted by a grand jury for opening fire on a home after mistakenly responding to a domestic violence call at the wrong residence.

A man from the residence said he awoke at around 1 a.m. on February 6 to a loud banging on the door of the Belhaven Falls Drive home he shares with his wife and their 12-year-old son – and asked who it was, but got no response from Ocoee police officers.

He said he was afraid there might be burglars at the door so he grabbed a gun and returned to see a bright light shining through the glass and heard someone outside shout, “gun.” That’s when officers opened fired, spraying the home with rounds that zoomed past the man’s head, shattered windows, and penetrated walls, the family said, before they dropped to the floor in hopes they wouldn’t be shot.

The man said he never opened fire, but that his family was handcuffed, seated on a curb outside, and not allowed back in their home until more than 10 hours after the shooting.

Following the incident, an investigation was launched and the officers involved were identified as Carlos Anglero and Stephanie Roberts – who were both under internal investigation for other matters.

Roberts was fired and Anglero was placed on administrative leave without pay. The State Attorney’s Office confirmed on Thursday that a grand jury decided to indict Anglero for shooting into an occupied dwelling.

Anglero is also being investigated in connection with allegations of a cover-up he brought forth involving former Ocoee police Lt. Brad Dreasher.

According to police records, two officers with the West Orange Narcotics Task Force – which includes both Orange County and Ocoee cops – said that they had different informants who claimed over a year ago that Dreasher had ties to the “West Orange Gang.”

Despite claims the gang bought off the lieutenant with drugs and money, it is still unclear if the allegations are true, and nobody in the department seems to know why no proper investigation into the accusations has been conducted.

“What did the task force do with this information as far as you know?” one Ocoee officer was asked by an Orange County investigator.

“I mean we didn’t, we didn’t investigate,” Officer Gregory Hegyes said. “We didn’t really do a whole lot with it.”

The Hegyes interview occurred during a meeting between the two police forces after questions arose regarding who was looking into the matter.

Officer Anglero alleged a possible cover-up and said at the meeting, officers were told by investigators, “We’re not looking into this anymore. It’s over. It’s done. Don’t talk about this anymore.”

Having never investigated the allegations in the first place, the Orange County Sheriff’s Office then conducted an investigation to prove the agency didn’t cover anything up.

Officers with both departments said the confusion stemmed from the belief that the FBI was investigating the matter, but Ocoee police said in February that “there are on-going investigations, but we will not, at this time, comment about who those investigations are on or who/what they are about.”

It is unclear where the investigation is at this point. Anglero turned himself in to the Orange County jail on Thursday following his indictment. Records show he bonded out. The felony shooting into an occupied dwelling charge carries up to 15 years in prison.